The awards ceremony held online on Wednesday, October 13, 2021 due to coronavirus restrictions saw the sagacious Batanudde winning the topmost award with his breathtaking shot.

The awards honoured the glorious game in Africa captured through the creative eyes and words of those that promote rugby in every corner of the continent.

As part of Rugby Africa’s work to grow the culture of sport across the continent, the criteria for the awards was cognizant of submissions that value the promotion and progression of the game throughout the continent. 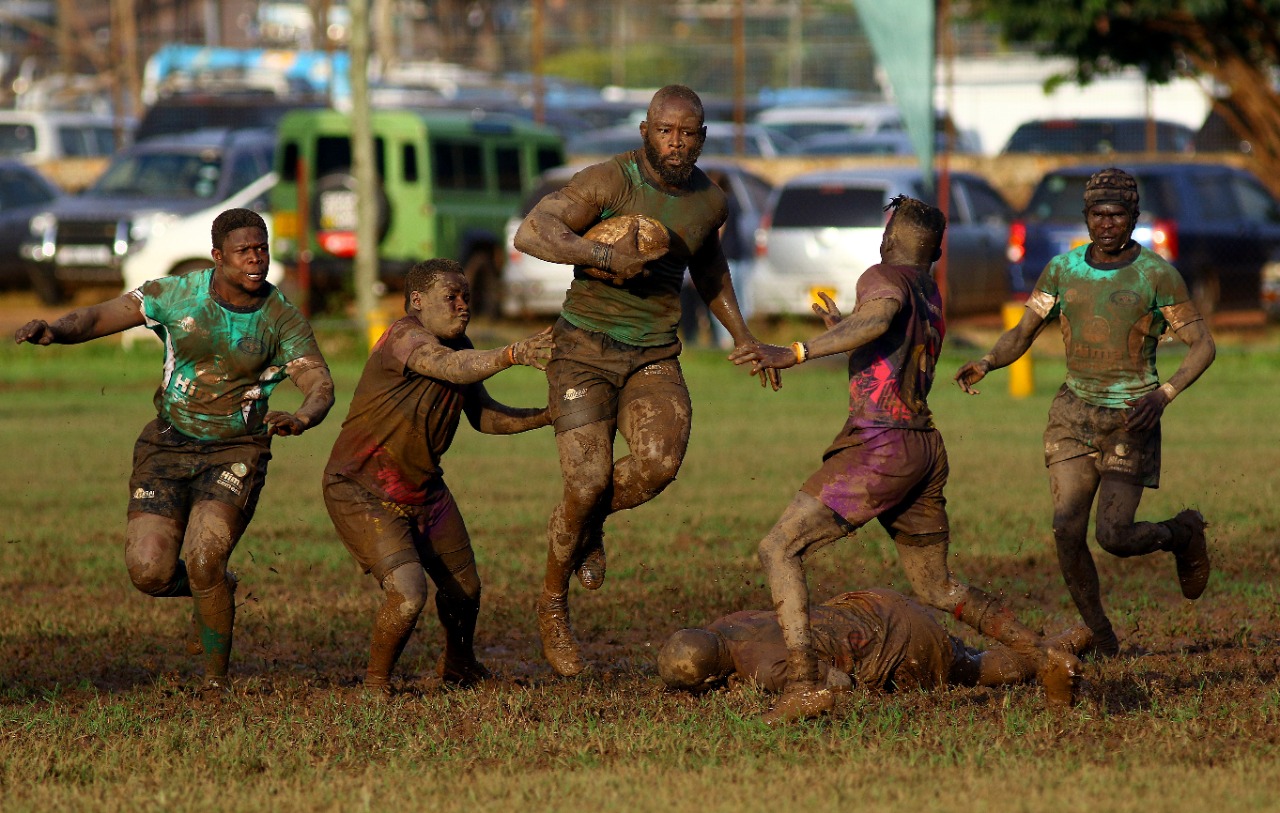 Batanudde won the award with an iconic picture which is a muddy battle between Heathens’ loose forward Scott Oluoch launching an attack against Warriors players during a Uganda Cup match played at Kyadondo Rugby Club in Uganda’s capital Kampala.

Dave Mwaura from Kenya has the best social media promoter award and both went home.wiyh a cash prize of $1,500.00 each.

According to Batanudde, he was chuffed and extremely pleased that his emotive photograph captured the judges and won the enviable award. 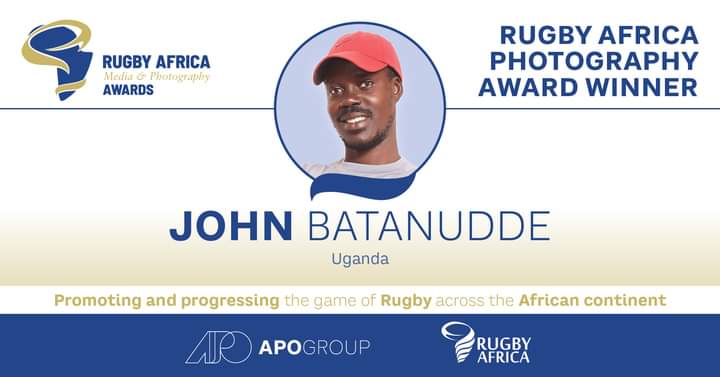 “I am wowed by the response and acknowledgement of the Rugby Africa Media and Photography Awards. When I captured this battle on field, it was filled with grit and determination which is what I wanted to portray. I am honoured to have my work praised and take first place.”

The jury chaired by World Rugby Chairman, Sir Bill Beaumont features current and past male and female rugby players including three of South Africa’s Rugby World Cup winners of 2019 with the likes of Springbok legend Tendai ‘Beast’ Mtawarira, as well as high-ranking senior executives of companies active in Africa from Google to Uber, Jaguar Land Rover to Visa and Pfizer to Harley Davidson, and male and female rugby referees.

Mr. Mwaura said that his passion for the game and search for human stories on the continent is what drives him when crafting his content pieces.

His editorial headlined Monate Akuei: From South Sudan war ashes to rugby stardom (bit.ly/3DAci9w) details the amazing rise of a player who grew up in the face of war, spent his days in a refugee camp and escaped South Sudan with his family in 1998.

“I am really glad to have won this award and I would like to thank the jury for showing such respect to my work. I look for the people behind the game and this particular story touched on all the elements of rising from the ashes and allowing the game of rugby to make a difference in a life.”

Juror and Chairman of Standard Bank Group, Thulani Gcabashe was taken by the work of art displayed by the winning image.

“The image captured was certainly action-packed! The runner with the ball has determination all over his face. He is much bigger and stronger-looking than those tackling him, and the mud makes catching him almost impossible – a metaphor for the struggles one has to go through to win.”

“Sports have the ability to bring people together and are a catalyst for many to push further and reach beyond what is expected. The articles and pictures submitted were all impressive and the winners of this competition have truly reflected how sports can build a more inclusive world.”

Accompanying juror and Vice President of Europe – Middle East – Africa of Harley Davidson, Dr Kolja Rebstock, said that he was thoroughly impressed by the quality showcased.

“I myself love taking pictures and I know how difficult it can be at times to freeze and capture the right sharp moment at the right angle. You need an eye and heart for seeing a beautiful background and capturing the precise emotion behind an image. It was indeed a very hard choice to make and I would like to congratulate all participants and the winners.”

The Head of Communication and Executive Council member of Africa Rugby, Herbert Mensah who was among the panel for the inauguration congratulated the winners and was hopeful the next award ceremony will have the winner from Ghana since there astute and conscientious photographers and social media practitioners in the West African country.

APO Group Founder and Chairman, Nicolas Pompigne-Mognard said that he was thankful to the jury for sharing their time and input into the Awards.

“It was a pleasure and privilege to have the quality of jury members that chose to be part of the awards. It was significant that the greats across the game including World Rugby Chairman Sir Bill Beaumont and the high ranking executives placed emphasis on supporting the game in Africa. Their input and experience has set the bar for future awards and critiquing of entries.”