A police officer, General Sergeant Bright Annobil of Berekum Station was on Saturday, January 15, 2022 stabbed to death by Yaw Peprah, a suspect in a case being investigated by the Police.

The suspect, according to a police statement,
was later killed.

Per the statement from the police, preliminary investigations have established that the suspect who is an ex-convict was invited by the Berekum Police Station to assist in investigations involving him which had been reported to the police.

The suspect voluntarily accompanied the late police officer to the station to assist investigations.

“On arrival at the vicinity, the suspect unexpectedly turned to the police officer and stabbed him several times on the neck and other part and escaped. The officer was rushed to the Holy Family Hospital for treatment but died on admission”, part of police statement reads.

This led to a special manhunt initiated on same day by the Bono Regional Police Command for the arrest of the suspect.

During the course of his arrest, the suspect attempted to attack the arresting officers but was shot and killed in the process. 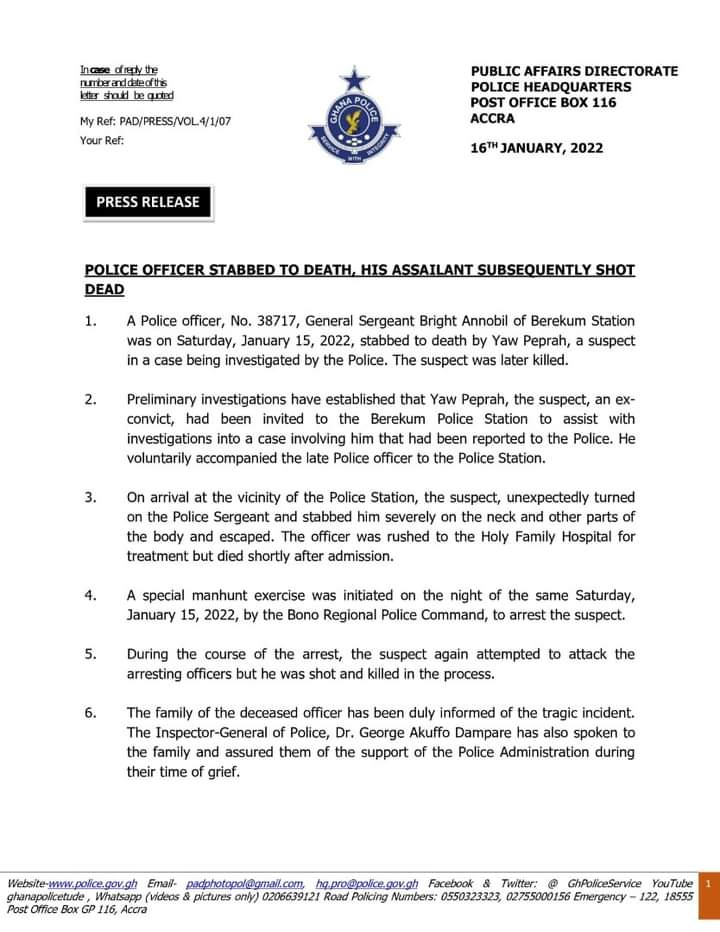 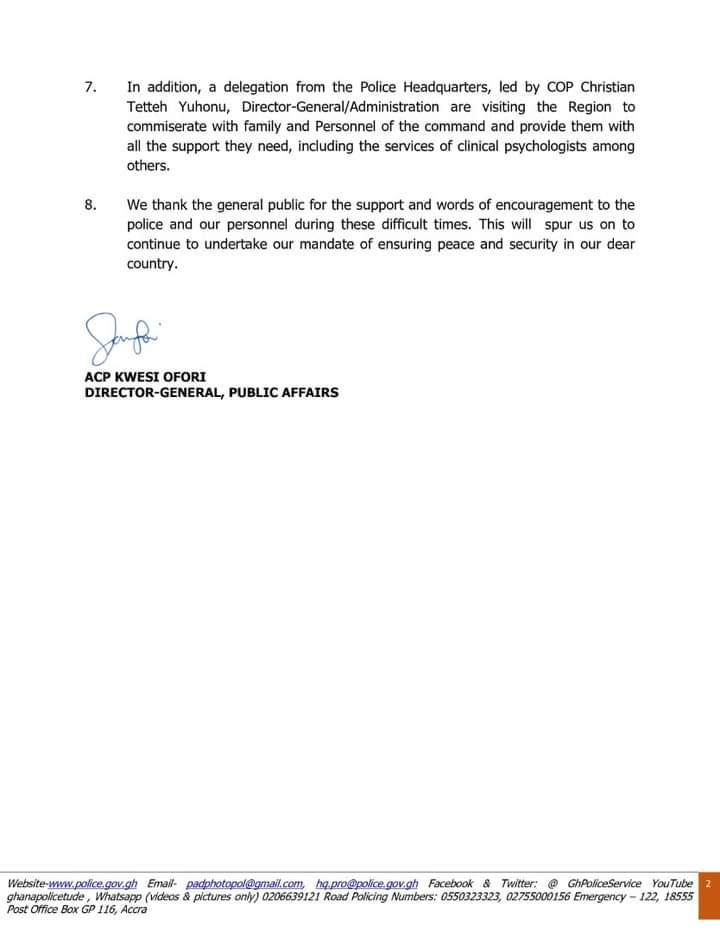