Ghana winger Kamaldeen Sulemana has been named among the best eleven summer signings in Europe.

This was following a busy summer of change at Rennes in which the club spent big but lost top prospect Eduardo Camavinga.

Kamaldeen Sulemana has proven to be a revelation. Signed off the back of an outstanding Championship play-off campaign in Denmark, the Ghanaian international has continued a tradition of exciting young wingers at Rennes, following in the footsteps of the likes of Ismaila Sarr and Raphinha.

Since joining Rennes, he has been spectacular scoring four goals and provided an assist in eleven games thus far for Rennes.

His explosive form has made him included in the best eleven new summer signings published by whoscored.com.

The list had great players like Lionel Messi and Cristiano Ronaldo missing but Eden Dzeko and Achraf Hakimi were included. 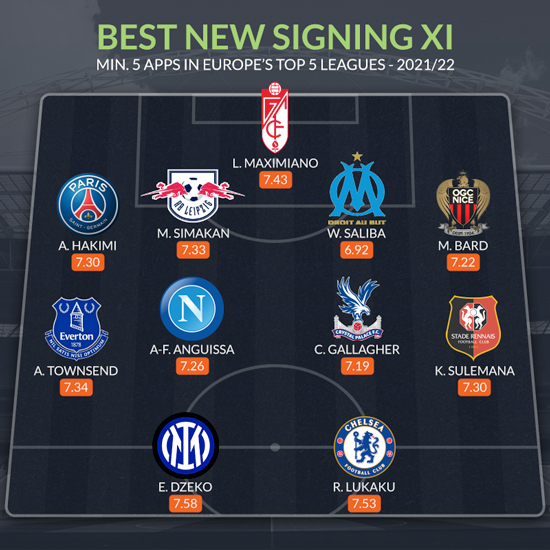