Ghanaian gospel singer, Evangelist Diana Asamoah has reacted to the decision by her record label, Frimprince Music Productions to terminate her contract.

The Ghanaian record label announced their decision to abrogate the twenty-two yeah old verbal contract with the popular gospel musician over breach of contract.

In their letter, Frimprince Music Productions stated that they will have exclusive rights to all songs of the singer that were produced by them during the twenty-two years .

“Frimprince shall continue to have absolute rights over all songs that were produced under the production,” the signed document dated August 4, 2022, read as the records were listed.

But Diana Asamoah in her response has directed  Frimprince Music Productions to contact her songwriter Pastor Simon Boama to reach an agreement on his decision to own her major albums which he produced between 2000 to 2019.

“With reference to the conclusive part of your letter I plead to differ, any future issues with regards to me (Evangelist Diana Asamoah) using the songs, remaking or remixing them should kindly be channeled to Pastor Simon Boama the writer and author of the songs,” read parts of Diana’s letter.

Read the response below 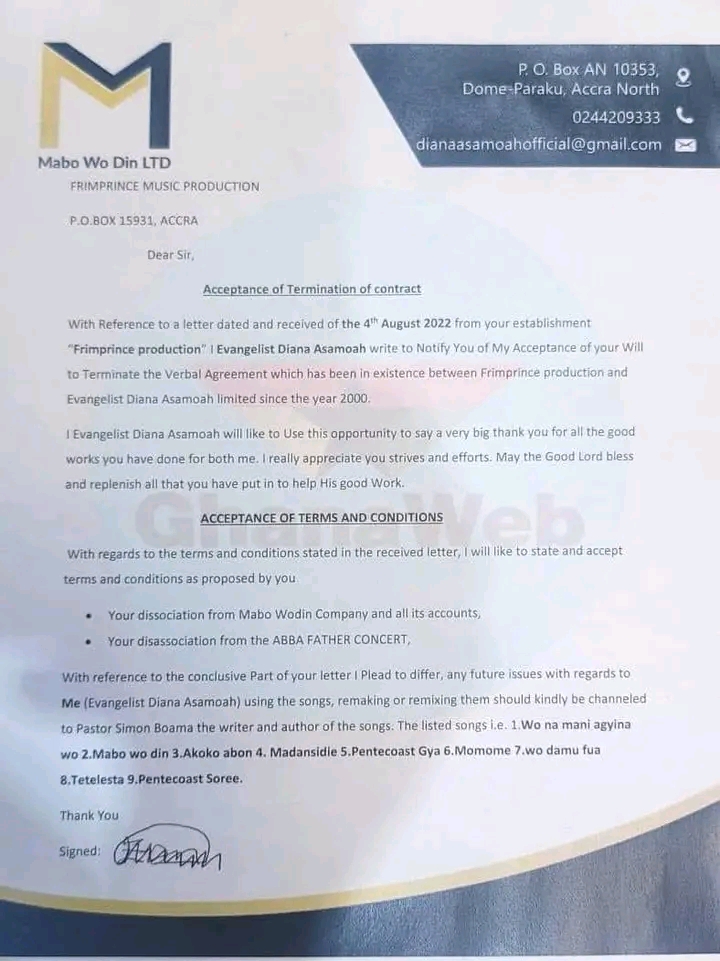 Transport fares to shoot up by 30% from September 21