Dr. Ashitey Trebi-Ollennu is the chief engineer of a team formed to design robots for NASA missions at the NASA Jet Propulsion Laboratory in La Cañada Flintridge, California, United States.

Trebi-Ollennu not only worked on the Phoenix aircraft that found water on Mars in 2008 but also contributed to the Mars Exploration Rover project in 2003 and the Mars Science Laboratory in 2011.

The engineer is currently leading the team behind the system of the craft used in NASA’s InSight mission to Mars. He also designed the robotic arm, which will dig deep beneath the surface of the planet to see explore how it was formed. 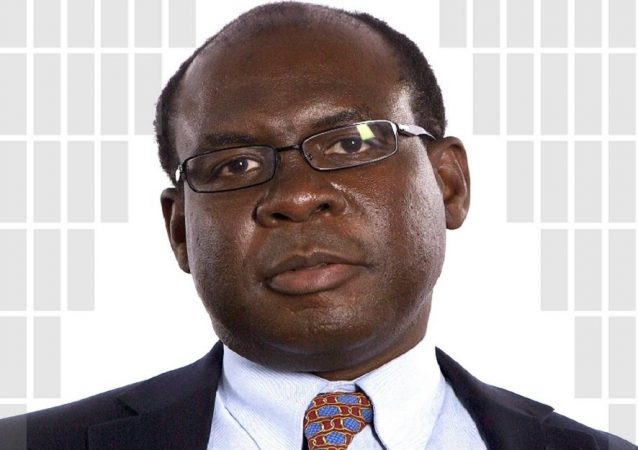 As a young child in Ghana, engineer Ashitey Trebi-Ollennu studied the planes flying overhead and dreamt of taking humans out of the cockpit & letting computers fly. Discover how his work on @NASAInsight Mars Lander is bringing his childhood dream to life: https://t.co/HSaejsY3Rm pic.twitter.com/xMbHgbqAHx — NASA (@NASA) September 3, 2018

Trebi-Ollennu’s interest in space craft developed when he was growing up in Ghana.

“I lived very close to the airport, so I was very interested in aircraft flying and I always dreamt of taking humans out of the cockpit and making computers fly,” he said.

He kicked his interest up a notch by reading literature about the “glass cockpit” for commercial and military aircraft. The concept behind the theory involved making “machines, such as aircrafts, smarter so they can fly themselves; or make it easier for humans to operate them.”

Born in Ghana, Trebi-Ollennu attended a primary school in Burma Camp and later the Ghana Secondary Technical School. He earned his bachelor of Engineering in avionics at the Queen Mary College, the University of London in 1991. He continued his education at the Royal Military College Science located at Cranfield University in the United Kingdom, earning his PhD in 1996.

At Carnegie Mellon University where he was a research scholar, he formulated a system for All Terrain Vehicles (ATVs) for distributed tactical surveillance for (Defense Advanced Research Projects Agency) DARPA.

As for his position at NASA, Trebi-Ollennu says, “The brilliant thing about my job is that it is not a circumscribed routine, there are different challenges every day. Believe me, it is a lot of fun.” [sic]

The organisation was formed to ensure that many Ghanaian children obtain competitive technical skills that will prevent them from falling behind countries such as India and China. According to the site: “The impetus behind this dedication to robotics education is that in Europe, North America and Asia robotics teams are catching on with students, igniting their passion for technology, engineering, and fever-pitched competition. Demonstrating that robotics workshops are an ideal way to captivate young minds and stimulate critical thinking.”

Trebi-Ollennu is a fellow of the Institution of Engineering and Technology, U. K., and the Royal Aeronautical Society, U.K. and the Ghana Academy of Arts and Sciences.

Throughout his career, Trebi-Ollennu has won many accolades such as the NASA Exceptional Engineering Achievement Medal (2008); Sir Monty Finniston Achievement Medal (2007) for outstanding technical contribution to any field of Engineering from the Institution of Engineering and Technology (IET); Outstanding Engineer Award (2007); JPL Mariner Award from MER for outstanding leadership in the analysis and resolution of the IDD unstow anomaly on Opportunity rover (2006); NASA Group Achievement Award-Mars Exploration Rover Avionics Team (2004); and the NASA Group Achievement Award-Mars Exploration Rover Flight System, Management and Engineering Team (2004) to name a few.

The research he has conducted has resulted in 95 articles, according to the NASA Jet Propulsion Website.