The Minister of Works and Housing, Francis Asenso-Boakye has revealed that the Akufo-Addo led government has so far spent Gh¢450m in addressing flood issues in the country.

According to the Minister, this expenditure date back as January, 2017 when President Akufo-Addo assumed the seat as the leader of the country.

Speaking in commemoration of the 7th anniversary of the June 3 disaster which claimed the lives of over 150 Ghanaians as a result of flooding and explosion of gas at the Kwame Nkrumah circle in Accra, Asenso-Boakye indicated that the government is committed in eliminating flooding from the books of the country hence the necessary investment to curtail the menace.

Aside the Gh¢450m spent, Asenso-Boakye disclosed that the government in collaboration with the World Bank will be investing $200m to implement the Greater Accra Resilient and Integrated Development (GARID) Project “which will mitigate flood risk and address sanitation and solid waste management challenges in the Odawn Drainage Basin where the unfortunate incident occurred.”

The Bantama MP continued that while effort to procure a contractor for dredging the Odaw is under international competitive bidding, dredgmasters will continue with the ongoing engagement to clear solid waste in the drainage channel to make room for storm water and reduce the risk of flooding.

Asenso-Boakye however entreated Ghanaians to compliment the government efforts to ensure flood risk is minimised, by being responsible in manner of disposing solid waste, and desisting from deposing waste in the drains in order to maintain drainage capacity and reduce the likelihood of flooding. 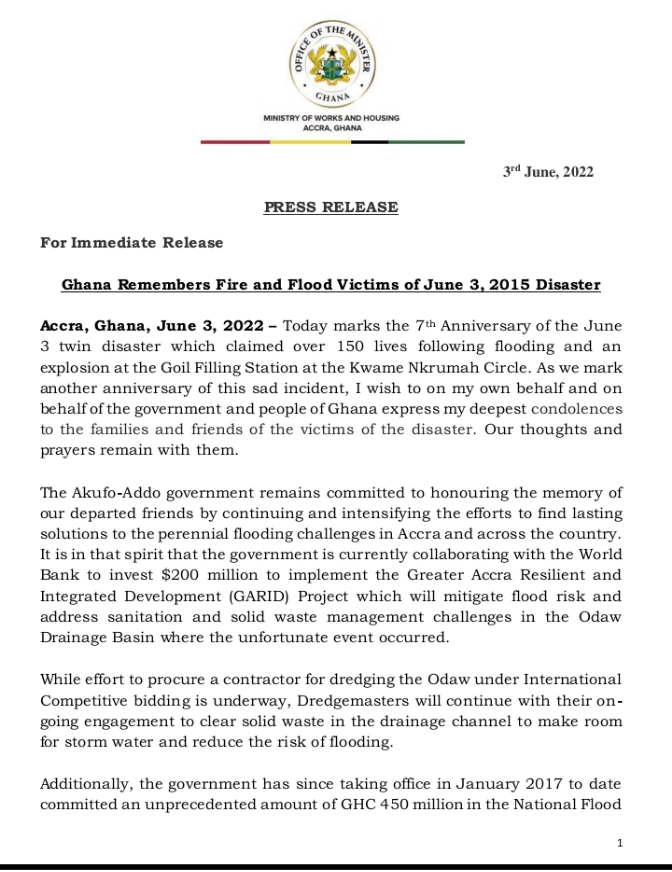 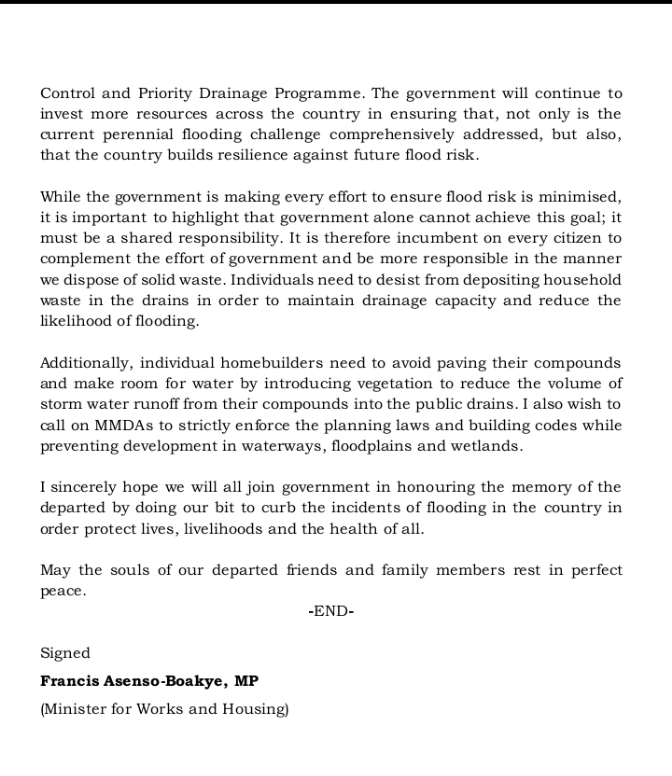