The leadership of the New Patriotic Party (NPP) has directed its MPs to abstain from the vote of censure against Finance Minister, Ken Ofori-Atta on Thursday, November 10, 2022.

According to the NPP, the vote of censure is “ill-intended and aimed at derailing government’s efforts at resolving current socio-economic upheavals.”

Meanwhile, the Minority are determined to vote Ofori-Atta out as the Finance Minister citing the mismanagement of the country’s economy and ethical concerns among others as their reasons. 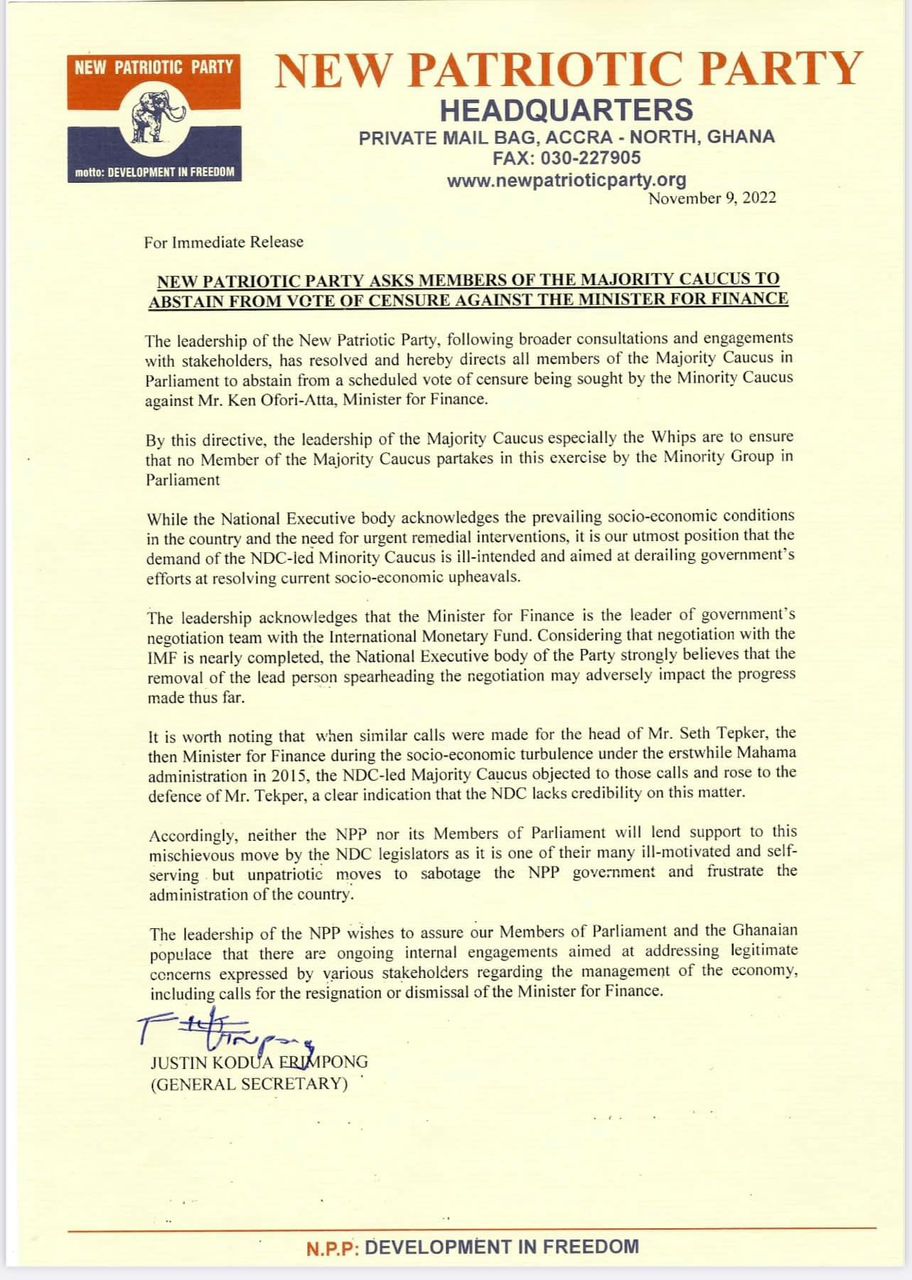