The Minister for Works and Housing, Francis Asenso-Boakye (MP) has announced Government’s decision to explore the possibility of selling the Saglemi Housing Project, covering the 1,506 housing units, at the current value to a private sector entity to complete and sell at no further cost to the State.

Furthermore, proceeds from the sale will come to the state and reinvested into government’s affordable housing programme.

To facilitate the processes, the sector Minister said, a Technical Working Team made up of professionals and experts has been set-up to oversee and spearhead all engagements required for the completion of the project. This, the Minister noted, is being done with the aim of ensuring transparency and accountability, while guaranteeing value for money in the completion of the project.

The Minister made these known at the Minister’s Briefing Programme to update recent developments in the Works and Housing sector today in Accra.

The Saglemi Affordable Housing Project which was initiated in 2012 for the delivery of 5,000 housing units at a total cost of US$200,000,000.00 under an Engineering-Procurement-Contracting (EPC) Agreement with Messrs Construtora OAS Ghana Limited saw its original contract amended three times, effectively reducing the project scope to 1,506 housing units, despite $195,854,969.52, representing 98% of the project funds having been expended. That notwithstanding, none of the 1,506 housing units were habitable, as the project was at various stages of completion and lacking basic amenities, such as water, electricity, and other related amenities.

Meanwhile, a technical assessment report by the Ghana Institution of Surveyors in September, 2020, valued the total cost of works on site at US$64,982,900.74.

As part of Government’s commitment to forestall further deterioration of the project, Asenso-Boakye said the Ministry has been engaging Cabinet, the Ministry of Finance, the Office of the Attorney-General and Ministry of Justice on the best viable options to complete the project.

Following a comprehensive assessment of the project, the Sector Minister disclosed that government will have to allocate additional financing of approximately US$46 million to provide off-site infrastructure such as water, electricity, and storm drain, in order to make the housing units habitable.

“Additionally, there is the need to invest approximately US$68 million to complete the buildings, and other essential on-site infrastructure works”. The Minister added.

Owing to the huge discrepancies with the funds expended on the project, Asenso-Boakye disclose of government’s intent not to further sink tax-payers money towards the completion of the project. 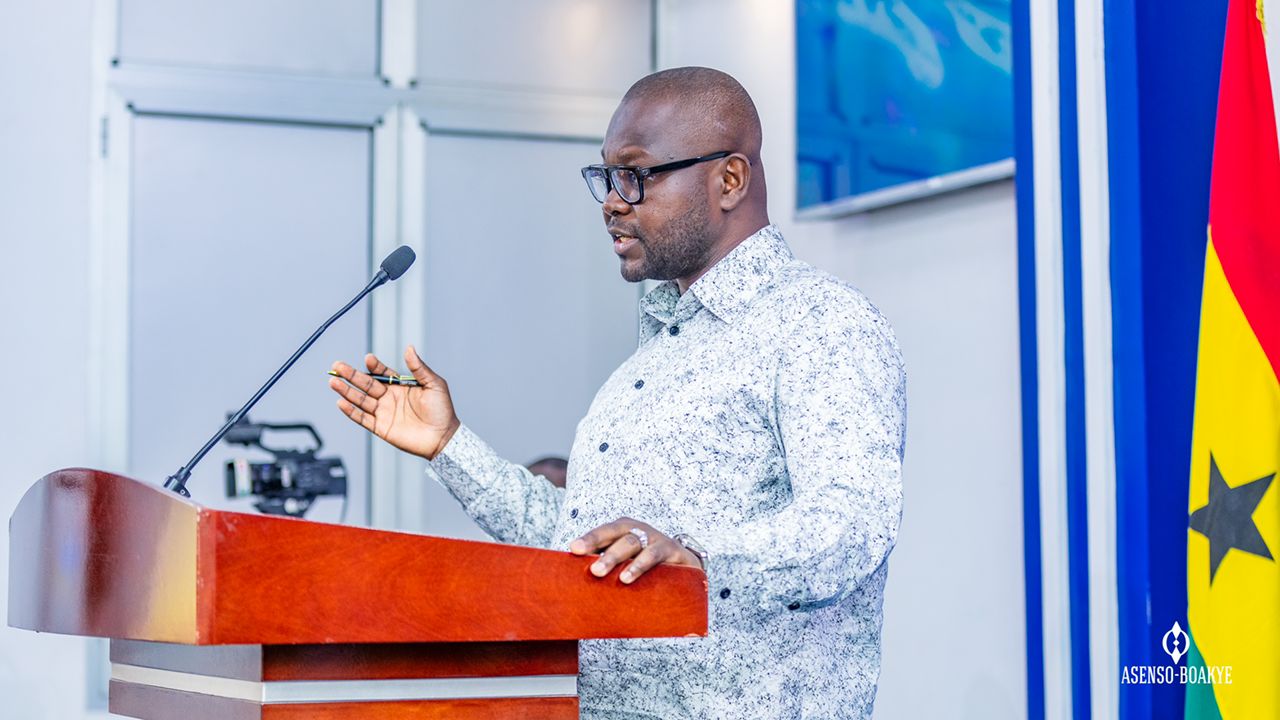 While reiterating the sector Ministry’s commitment to ensuring a robust and sustainable development of public works and housing infrastructure, the Minister called for greater regard for rules and regulations governing the country’s settlement planning, and development control, while admonishing citizens to be more intentional in managing household solid waste.

The Minister expressed the belief that Parliament will soon commence its engagements on the Bill to culminate in its successful enactment.