This brings the country’s efforts to eliminate the virus in 2030 under serious threat due to the high new infections among young people between the ages of 15 and 24.

Pee the regional breakdown, the Ashanti Region recorded the highest number of cases with 73,245 followed by Greater Accra and Eastern Region with 70,055 and 47,866 respectively.

The Director General (DG) of GAC, Mr Kyeremeh Atuahene, told journalists that infections among young people pose a big threat to the fight against the HIV-AIDS scourge.

According to him, the 15 to 24-year-olds are getting infected by having sex with old men. 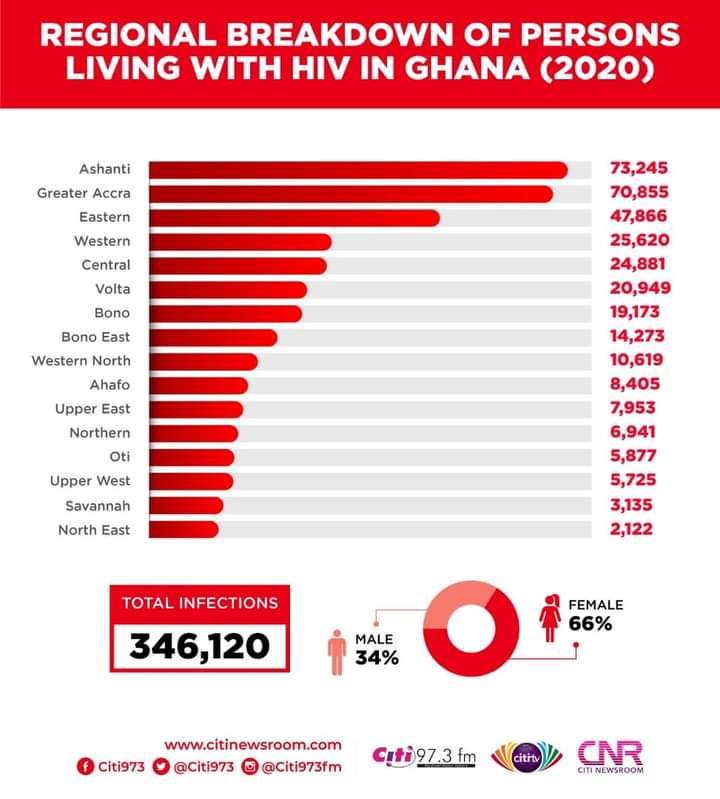