Breast cancer is a critical medical condition that has stared humanity in the face for several decades, particularly females. Even though there is no scientifically proven cure for cancer, the condition can be managed if detected early enough.

It is on this note that the Essikado/ Ketan New Patriotic Party (NPP) parliamentary candidate hopeful in the Western region, Giovanni Nana Osei Tutu Agyemang (GNOTA) collaborated with the midwifery department of Essikado Government Hospital to organise a free breast cancer screening for women in the constituecy.

Over hundreds of women within the constituecy trooped in to the Essikado hospital on Wednesday, October 26, 2022 to have their breasts checked during the screening exercise which was fully funded by Mr Giovanni Nana Osei Tutu Agyemang. 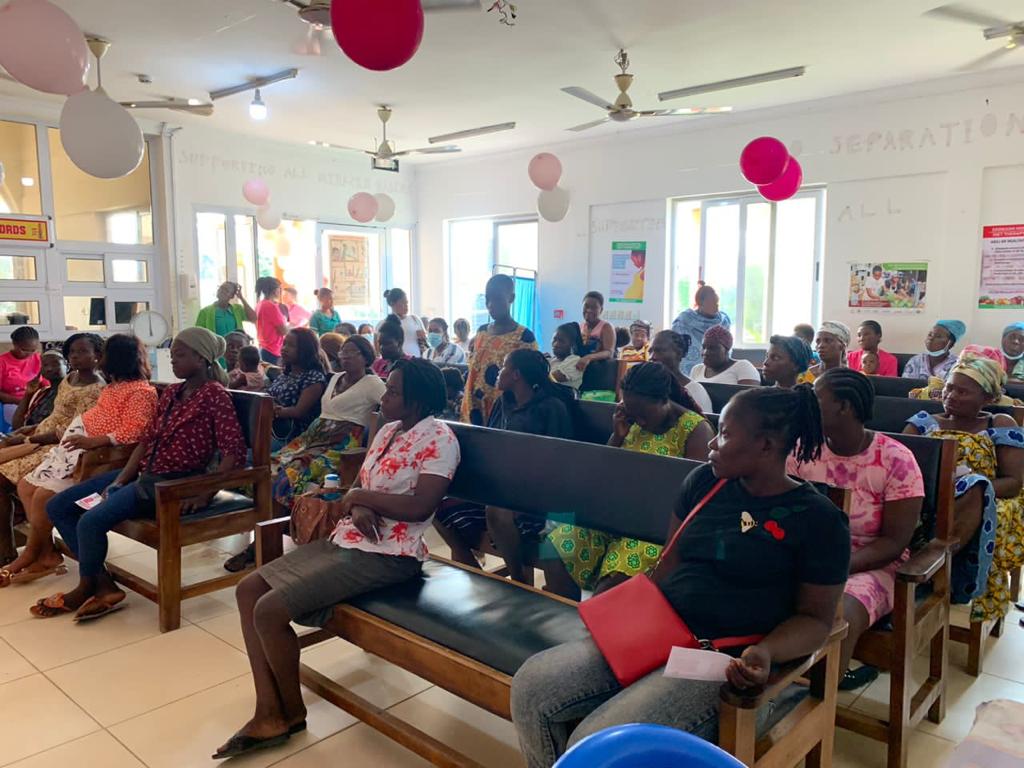 The screening exercise targeted women within the Essikado/Ketan constituecy and featured an awareness creation exercise, a critical pillar in health promotion and public health at large. 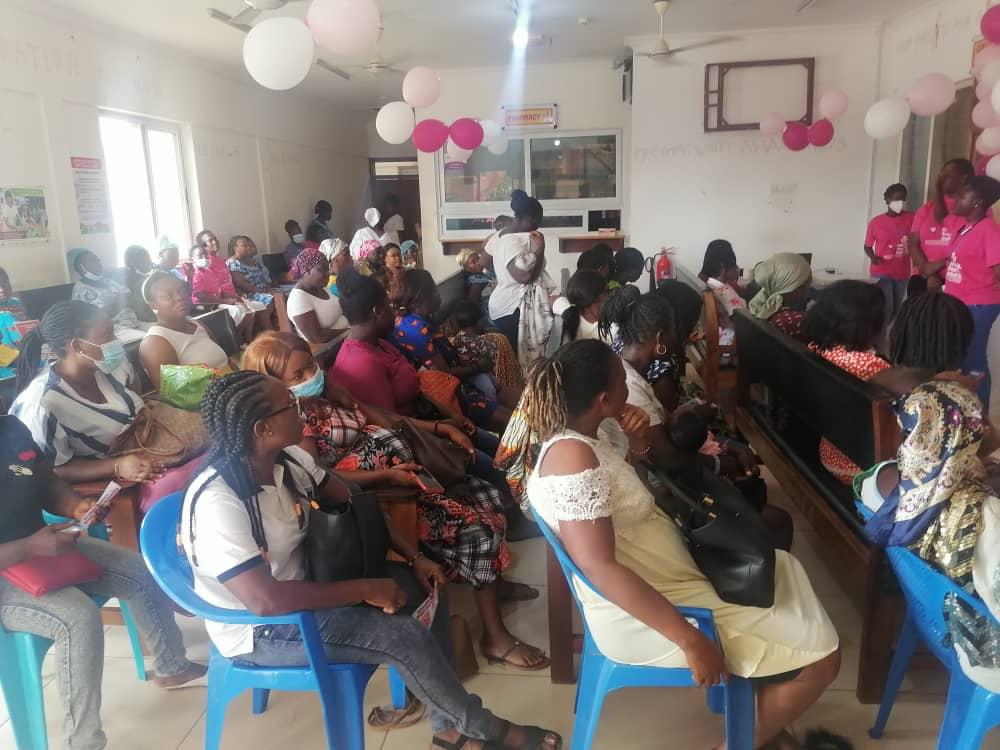 The women who showed up for the screening exercise were examined and none showed symptoms of breast cancer, afterwards, post-test counseling was given to each present.

Mr Osei Tutu Agyemang used the screening to underscore the importance of early detection of breast cancer saves lives, he added how that is probable only when women get screened and seek professional help. 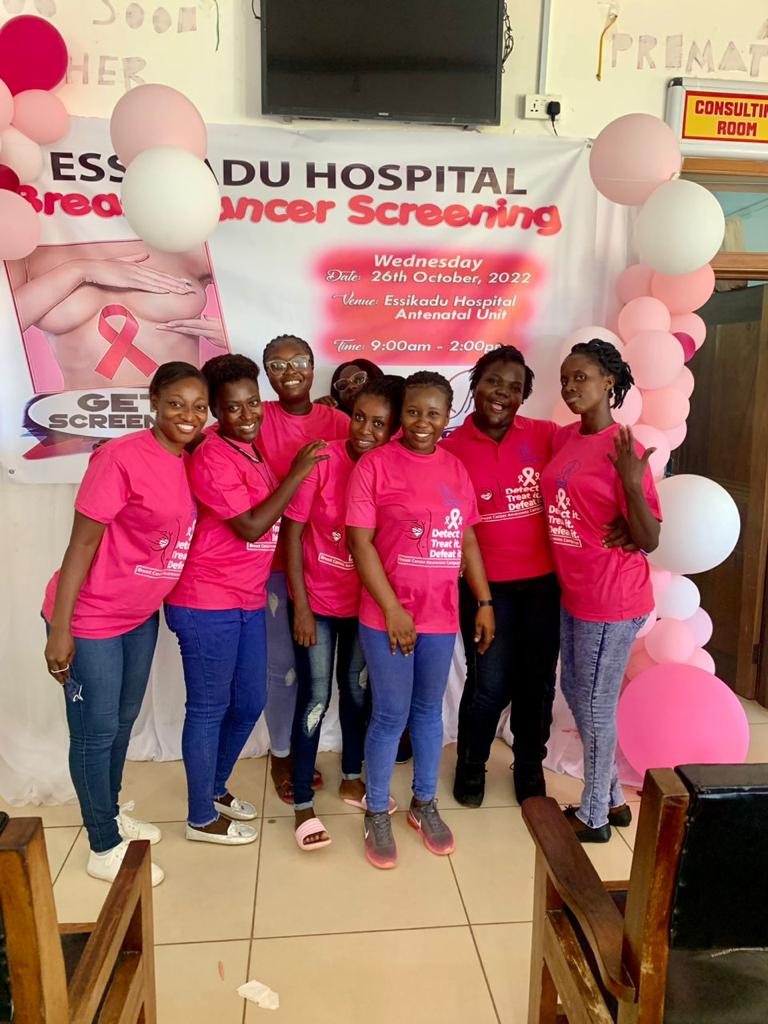 He also thanked the health directorate at the hospital for the awareness and organising the screening exercise and assured his readiness to support more health promotion events in the constituecy.

Meanwhile, Giovanni Nana Osei Tutu Agyemang(GNOTA) who is the Western and Central region marketing and sales manager for Joy Industries has declared his intention to contest for the Essikado/Ketan parliamentary seat in the 2024 general elections.

Even though the party is yet to open nomination forms, the enterprising businessman has already expressed keen interest to contest for the slot in the party’s primaries.

Mr Osei Tutu Agyemang joined the New Patriotic Party in 1999 and in 2004 led a team that formed the Essikado-Ketan Constituency youth wing with the sole objective of bringing the youth in the constituency together and address issues and challenges facing the youth.

He contested for the Essikado/Ketan constituecy youth organiser position in 2009 where he won with a massive endorsement.

While in office, he organized the youth to form a formidable front which paved way for most of the youth to gain the goodies and perks that comes with belonging to a political party.

The affable Osei Tutu Agyemang became a member of the constituency Campaign team from 2008 to 2020 and served as a senior campaign Cordinator for the Hon Joe Ghartey campaign team in 2020, ensuring victory once again in the parliamentary elections.

He was born and bread in Essikado and had his early forms of education at the Bethany Methodist School in Essikadu, West Ridge Primary School and Old Hospital JHS all in Sekondi before continuing at the St. Augustine’s College in Cape Coast for his Secondary Education between 1996 to 1998 and later to the University of Cape Coast for his Bachelor of Arts Degree

Mr Osei Tutu Agyemang is a former president of the popular Majestic Youth Club in Essikado, served as the President of the Youth Right Association in the constituency in 2004 and later became the Chairman of the UCC electoral commission from 2005 to 2007.

In 2007, he was elected the President of St Augustine’s College and Holy Child School past students association and currently a member of the Essikado Traditional Council sports and events committee for the Kuntum festival.

He is also a member of the Givova Sporting Academy – a division two side under the Western Regional football association.

Mr Osei Tutu Agyemang is the Western and Central regions marketing and sales manager for Joy Industries Limited and also the director of marketing and promotions at MASUAB Consult Limited (architect, engineer and estate developers).

He doubles as the Chief Executive Officer of Ofie Shops and co-owner of Gio-Katt Ventures.

He was born and raised a Christian and currently a member of the Mt Sinai Methodist Church in Mempeasem, a suburb within the Essikado/Ketan constituency. He is married with children.

Mentor XI: Aya Ramzy B pulls out of competition

Richard Nsenkyire has an unimaginable knowledge about football – Edmund Ackah