Keda(Ghana) Ceremics Company Limited, manufacturers of Twyford titles on Tuesday July 20, 2021, made a donation to the Muslim community at the central mosque in Kumasi in the Ashanti region in celebration of this year’s Eid-ul-Adha. 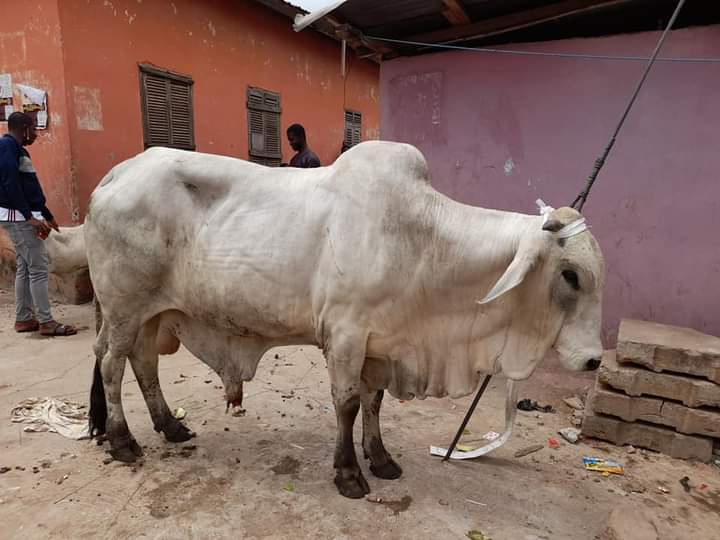 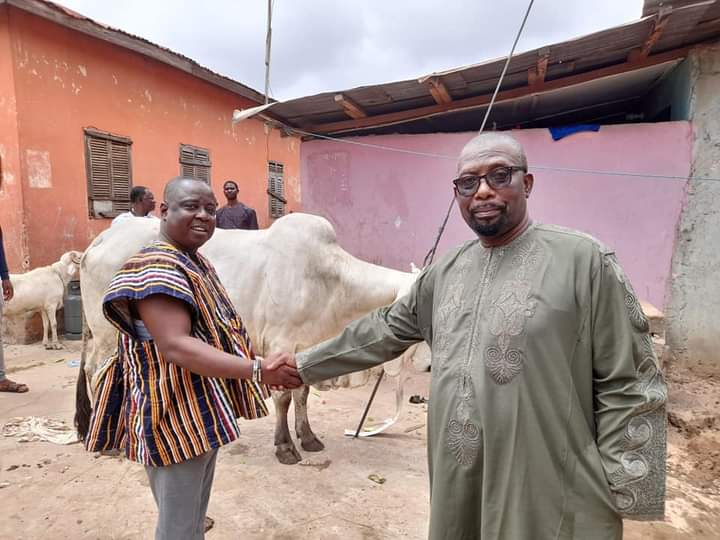 As part of their corporate social responsibility, Keda(Ghana) Ceremics Company Limited donated a bullock to the Kumasi Central Mosque through astute business man Herbert Mensah to enhance the celebration of the Eid-ul-Adha. 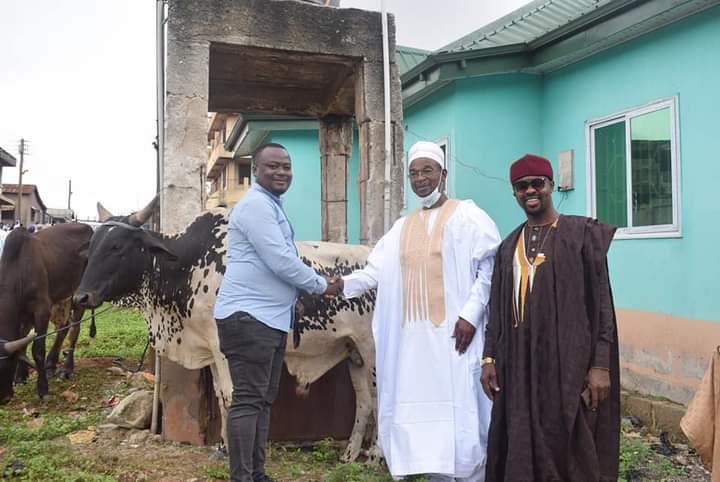 Presenting the items to the leadership of the Kumasi central mosque on behalf of KEDA, King Edward of Hello FM and Prince Osei Sarpong(Baba Yara) of Kessben Media remarked that the yearly gesture by the company led by Mr. Mensah is in line with he and the company’s long-held tradition of keeping a bond with the Zongo community that has always supported him during his days as Kotoko chairman, his activities with the May 9 Foundation and his efforts to build Ghana Rugby.

The Ashanti Regional Chief lmam , Sheikh Abdul Mumin Haroun who received the items on behalf of all Muslims at the Kumasi Central Mosque praised KEDA Company Limited and Herbert Mensah for their dedication and commitment to the Zongo community and the poor in general throughout the years.

Imam Abdul Mumoun prayed for blessings from Allah (God) for KEDA Company Limited and Mr. Herbert Mensah as well as all generous givers to the poor in our society.

The company has donated towards various causes such as flood victims, gas explosion victims, families of stadium disaster victims and many others over the years.