The Takoradi edition of the HD+ Kids Armwrestling Championship has been held successfully at the assembly hall of the Archbishop Porter Girls Senior High School on Saturday, September 17, 2022.

The Takoradi edition of the event may go down as one with massive turnouts after over eight hundred kids converged at the venue for the keenly contested event with popular Ghanaian actor Mikki Osei Berko otherwise known as Master Richard gracing the event. 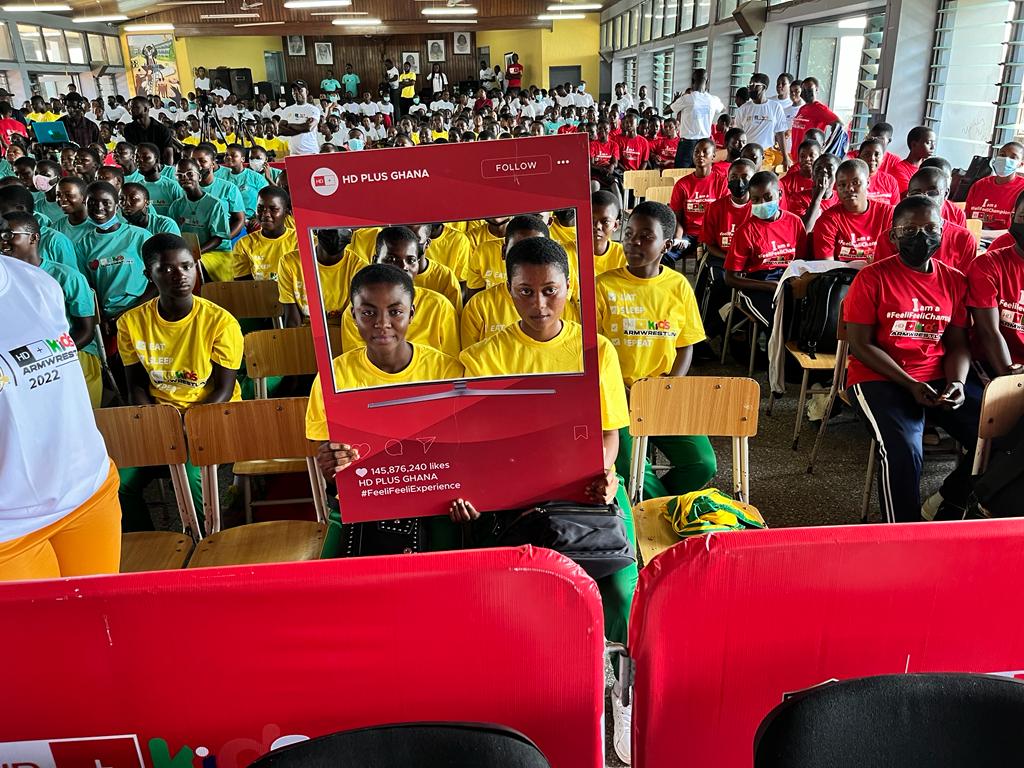 The event organised under the auspices of the Ghana Armwrestling Federation in collaboration with the SES HD Ghana Limited witnessed musical performances and dancing competitions from students from selected schools within the Sekondi-Takoradi Metropolis in the Western Region.

Kids between the ages of 12-16 years drawn from various schools participated in the event for the bragging rights, cash prizes, medals, certificates, goody bags as well as the opportunity to travel to the World Armwrestling Championship in Turkey.

The technical team from the Ghana Armwrestling Federation had a gargantuan task in pairing the participants due to the massive turnout but managed to start the competition.

After hours of fierce battle, the competitors who are novices in the sports of armwrestling exhibited great talent and potentials which got the audience on their feet to cheer them up till the event came to a close. 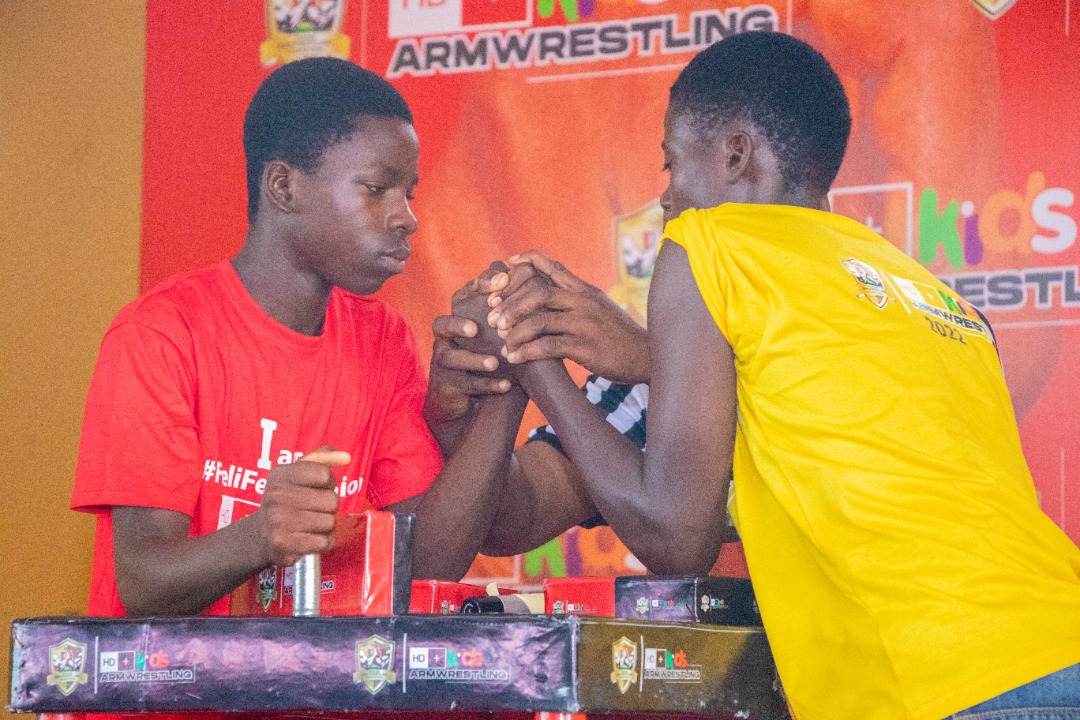 The heavyweight category was keenly contested but Methodist Senior High’s Joseph Tabel managed to clinch the gold medal despite a tough opposition from Daniel Nartey of Fijai SHS during the final. Rasmus Yamson of Adiembra SHS went home with the bronze medal in that category. 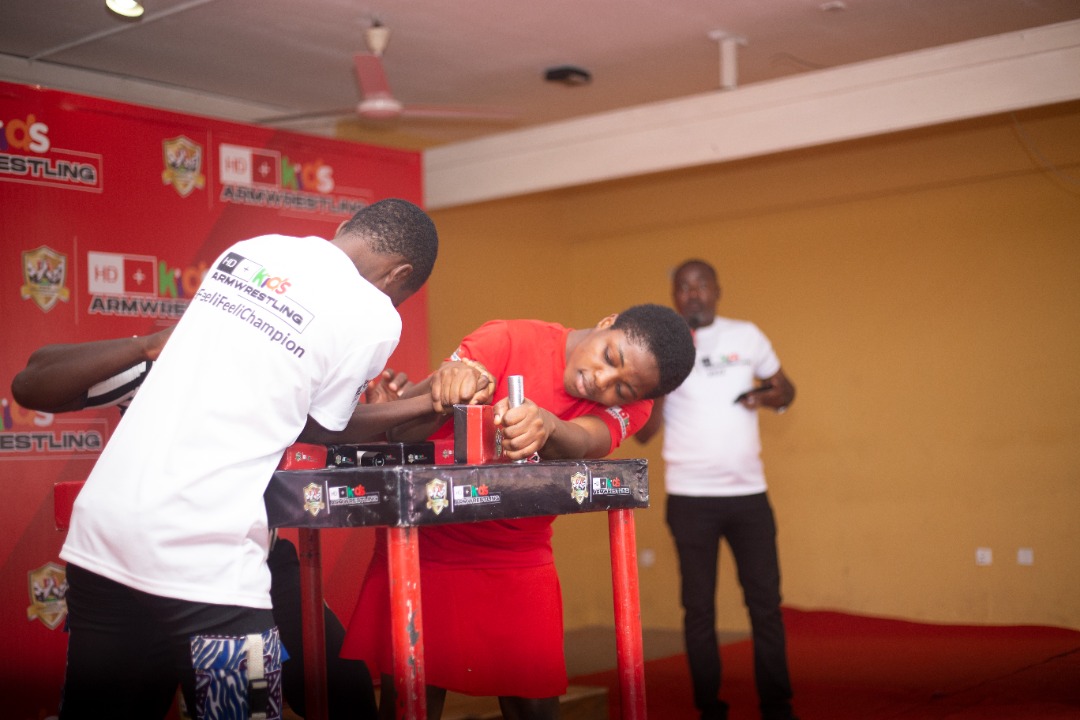 The heavyweight gold medal went to Millicent Enning of Archbishop Porter Girls while Gloria Ansah of Fijai Senior High and Priscilla Azila of the host school grabbed the silver and bronze medals respectively after the competition.

The next stop of the HD+ Kids Armwrestling Championship will be in Kumasi on October 7 before the finals of the regional winners on October 28 in Accra.