The Police Administration has seen a video in which a person in a Police uniform was captured allegedly sexually harassing a female in a car.

This was after a video of the officer harassing the victim popped up on social media.

According to the police, on eviewing the video, the police administration immediately launch an investigation into the incident, and preliminary investigations indicate that the male person involved in the shameful act is a police officer stationed at the Regional Operations Unit, Bono Regional Police Command.

The Police Officer No 51530 General Lance Corporal Victor Antwi Yeboah has been arrested for violating the dignity of the victim and currently assisting investigations. 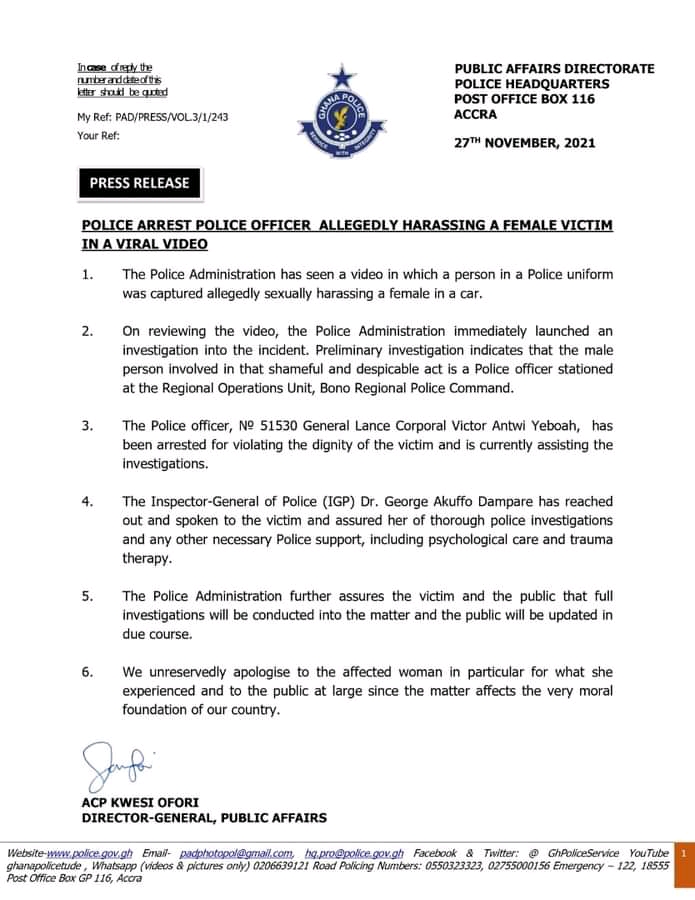