The Ashanti Regional aspirant in the jut ended NPP regional executive elections, Kofi Adum Bawuah has petitioned the Executive Council of the party to open an investigation into elections.

The Ashanti Regional elections saw Bernard Antwi Boasiako popularly known as Chairman Wontumi reelected as the leader of the NPP in the region.

Despite a keenly contested battle between Chairman Wontumi and Odeneho Kwaku Appiah in the Ashanti Region, Kofi Adum Bawuah believes the election was full of anomalies and malpractices that the Executive Council should probe for any future occurrences.

He indicated in his petition sighted by Kyfilla.com that, some candidates were given a preferential treatment to an extent of bringing bullion van full of money to the stadium to distribute to delegates.

Mr. Bawuah stated that there were attempt to present fake and unqualified voters to vote as delegates for some aspirants during the elections at the Baba Yara Sports Stadium in Kumasi.

He pleaded with the Executive Council to set up a committee to probe the indiscipline behaviors that occurred at the elections, and bring the perpetrators to book. 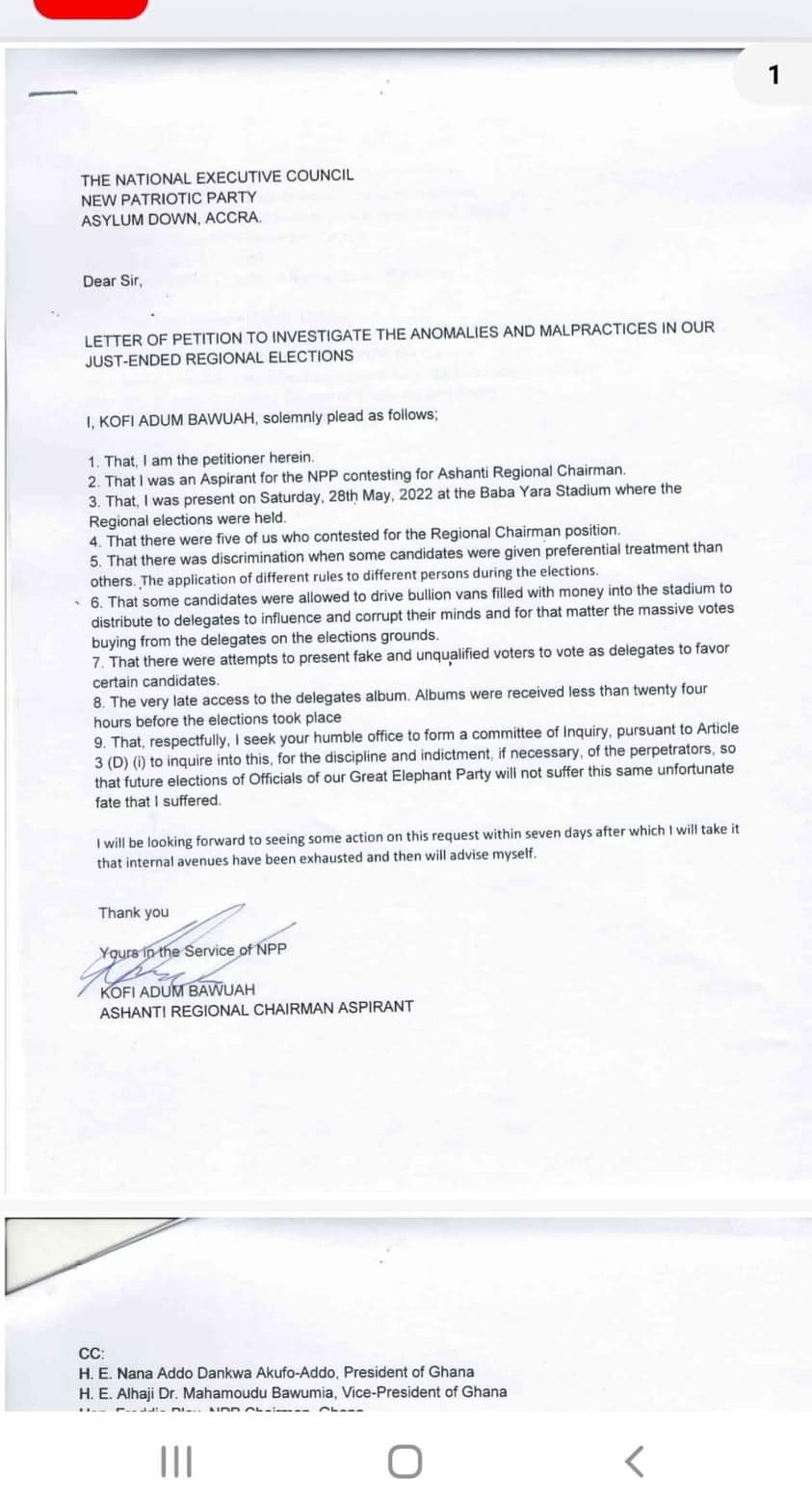