The General Secretary of the National Democratic Congress (NDC), Johnson Asiedu Nketiah has cleared Famous Tumi-Acquah to contest in the Western region elections.

Mr Tumi-Acquah who is contesting for the secretary position had a petition filed against him for failing to release a party vehicle in his possession.

According to the petitioner, Famous Tumi-Acquah – a former regional propaganda secretary has been having a party vehicle in his possession since leaving office in 2018 and therefore not eligible to contest in the regional election.

But in a statement, Johnson Asiedu Nketiah has cleared Tumi-Acquah, explaining that the said vehicle is currently in possession of the former Western regional Chairman of the party, Michael Aidoo who is currently the chairman of the Western North region.

He indicated that the decision is based on the findings of the Special National Complaints Committee of the party.

Per reports, some members of the party in the region have deemed the statement as not a “too good” decision by the General Secretary of the party.

Meanwhile, the NDC election in the Western region will be held in Agona Nkwanta on Saturday, November 12, 2022. 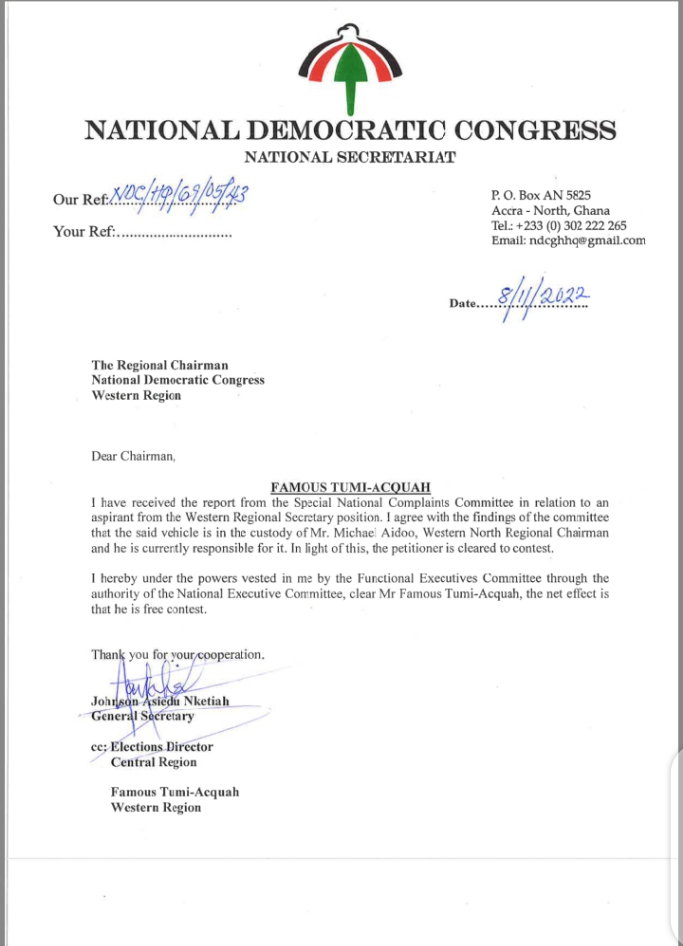