The Phobians host the Moroccan outfit in the first leg of the CAF Champions league at the Accra Sports Stadium on Sunday, October 17, 2021 before the reverse fixture in the North African country.

After beating Guinean outfit CI Kamsar in the first preliminary round, Hearts of Oak are looking forward to add Wydad Athletic to the list before making it to the group stage of the competition.

And following a communique from CAF granting Hearts of Oak request to admit 2,000 fans at the stadium on Sunday, the reigning Ghana Premier league champions have released ticket rates for the epic clash. 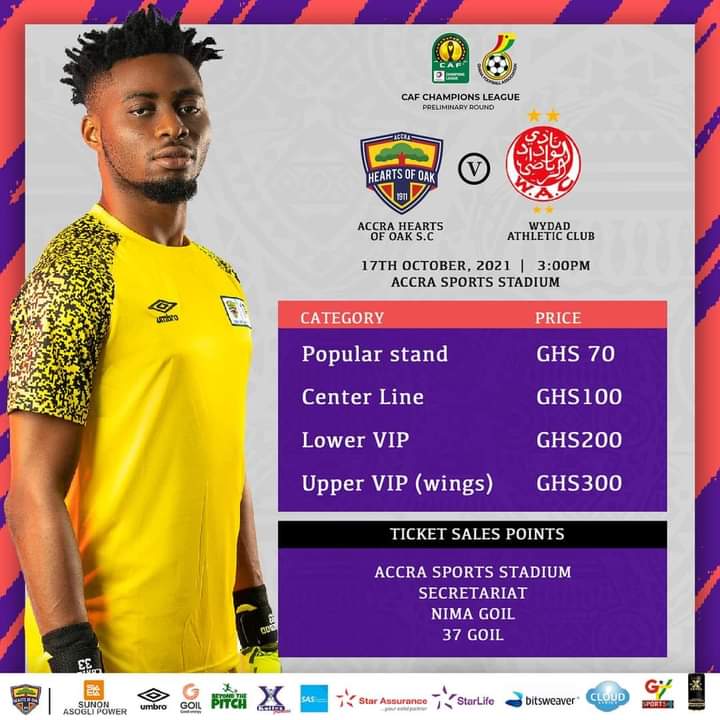 Kickoff time for the game is the usual 3:00PM.