Ghana U23 head coach, Ibrahim Tanko has invited twenty seven players to begin preparations for the Africa U-23 qualifiers.

The Black Meteors are currently on standby awaiting an opponent for the next stage of the qualifiers.

Coach Ibrahim Tanko has handed call-up to six of the Black Galaxies squad that defeated Nigeria to book a ticket to the 2023 CHAN tournament in Algeria. The six players include Asante Kotoko goalkeeper Danlad Ibrahim and defender Samuel Osei Kuffuor of Bechem United.

The Africa U-23 tournament has been slated for next year in Morocco. 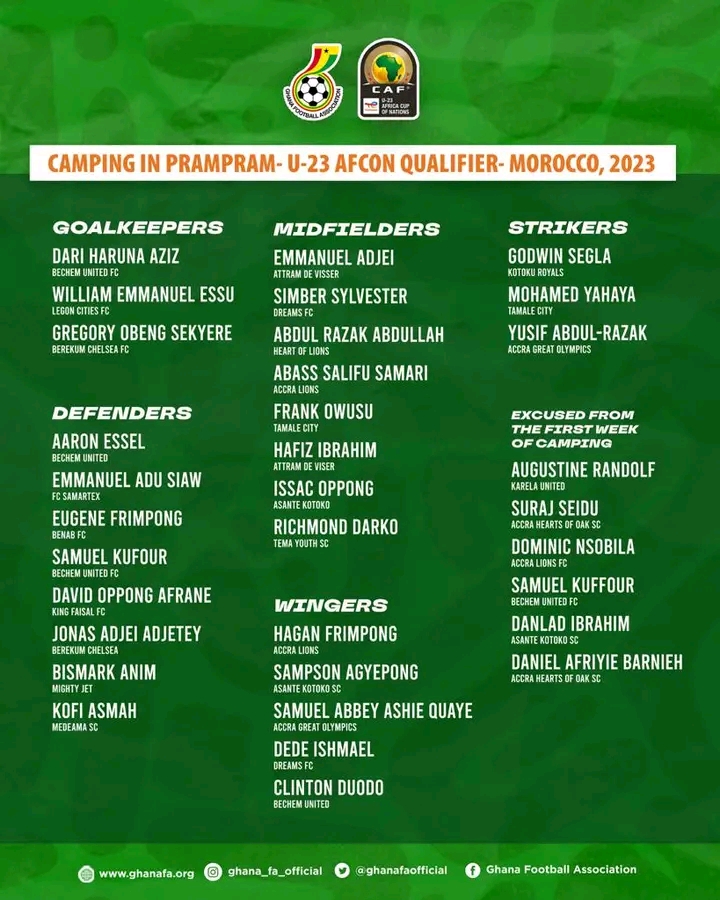