Fennec Okyere’s death: Shatta Wale is cooperating with us – Police

The Ghana Police Service has issued a statement regarding Shatta Wale’s comment over the death of former Kwaw Kese’s manager Fennec Okyere.

Shatta Wale, a Ghanaian dancehall superstar has opened a social media banter with his former manager Bulldog after the Bullhaus Entertainment manager made opined that Black Sheriff’s debut album will go far than the yet-to-be released albums of Shatta Wale and Sarkodie.

In one of the tractions today, November 2, 2022 Shatta Wale threatened to expose Bulldog over the death of former Kwaw Kese manager Fennec Okyere.

The multiple award-winning musician indicated that he is now ready to confess what Bulldog disclosed to him about the unfortunate murder of Fennec Okyere.

“Bull Dog since u r bringing out secrets. You will tell Ghanaians. What happen to Fenicks Murder !! And I am not joking about this time !! I am ready to tell the court about what you told me about you and your men and how planned that foolish act get ready”, Shatta Wale posted on social media.

This statement from Shatta Wale has triggered several reactions including one from Kwaw Kese who has even come out to plead for justice for his former manager.

However the police has responded to the issue in a statement indicating that a contact has been made with Shatta Wale and that the musician is cooperating with them on the matter. 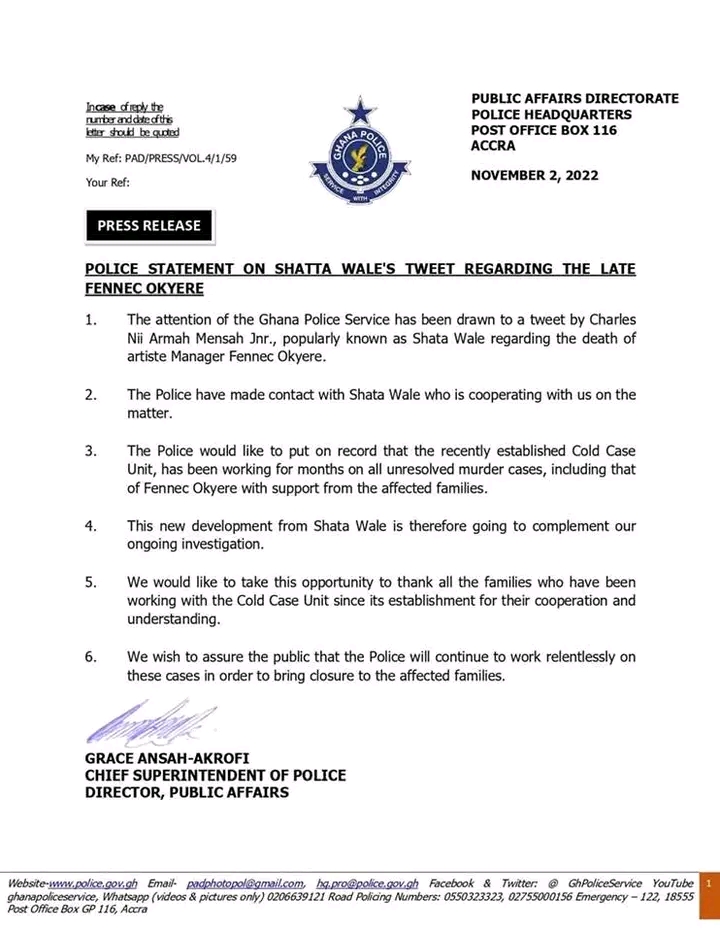 It would be recalled that Fennec Okyere was gruesomely murdered at his Manet Gardens residence in March 2014 and Bulldog was picked up by the police as a prime suspect after allegedly threatening to kill Fennec.

Bulldog was later set free and cleared of all charges against him by an Accra Circuit Court, a decision that didn’t go down well with Kwaw Kese.