Fast rising and knowledgeable writer, Kenneth Abban Jnr has been nominated for the blogger of the year award in this year’s edition of the prestigious Premier Awards.

The Kyfilla.com blogger is among the few bloggers in the country nominated for the awards which will be held at the Accra Metropolitan Assembly in December this year.

The Premier Awards is a multifaceted award scheme that covers all sectors of the arts, entertainment and business which recognise,  appreciate, honour and reward individuals making a significant impact through their various businesses, art, skill and profession in the country.

Kenneth Abban Jnr has become the first blogger from the Western region to be nominated in the award scheme following his conscientious works as the blogger for Kyfilla.com, a fast rising web portal in Ghana.

He has been working for Kyfilla.com for the past four years after leaving Takoradi-based Aseda FM.

Kenneth Abban Jnr has also been nominated in the blogger of the year category in this year’s Western Radio and Television Personality Awards where he has been highly tipped to win the award with ease.

Kenneth Abban Jnr holds a certificate in Journalism from Goodnews Radio School and a diploma in media and communication studies from the prestigious Takoradi Technical University and currently pursuing public relations.

Check the flyer below to vote for Kenneth Abban Jnr to win the award. 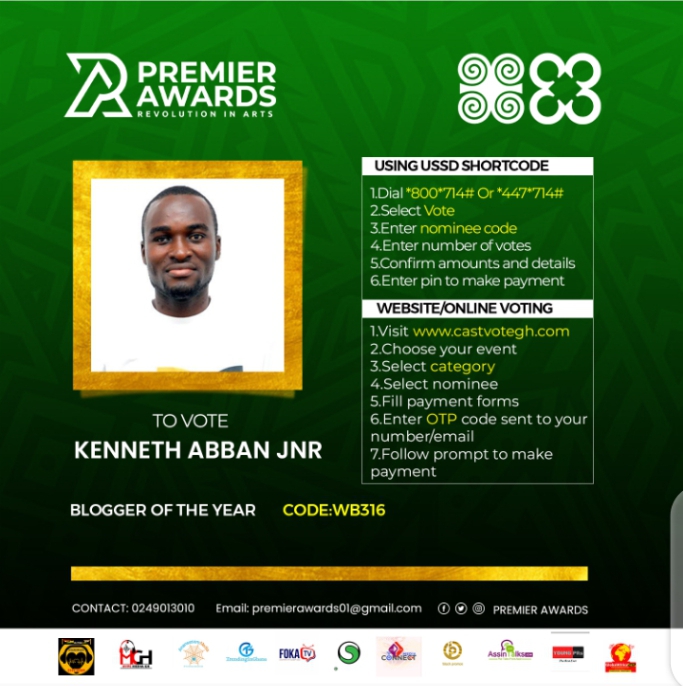