The Tema Youth FC bankroller was disqualified from the Ghana FA Presidential seat race after going through a successful vetting.

Palmer then challenged the decision from the Normalization Committee by filing for an appeal at the Ghana FA.

According a statement signed by Naa Odofoley Nortey, Osei Palmer’s appeal has been rejected by the Normalization Committee.

The statement says, the appeal was filed late and had been rejected. 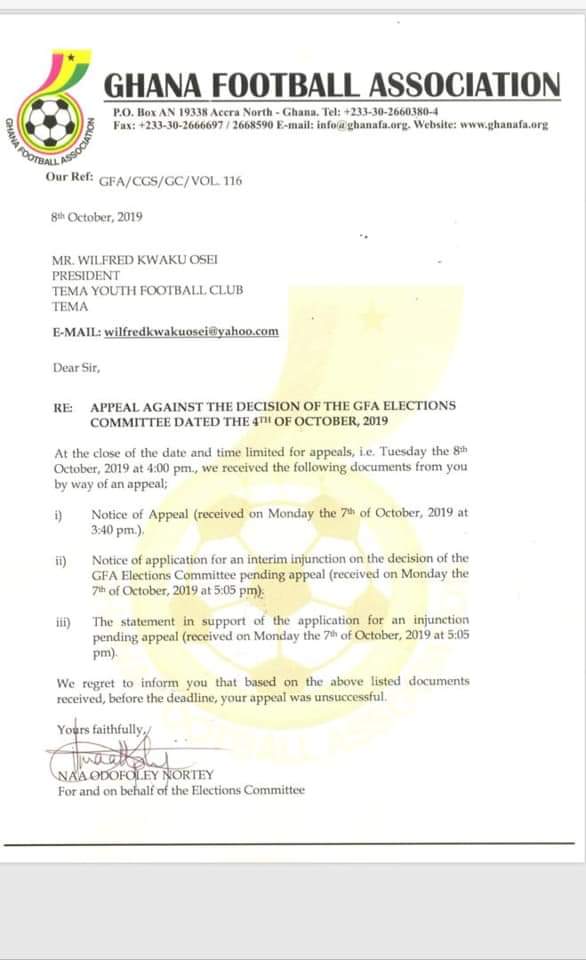