The Western Region Invitational Tournament has been postponed to a different date, Kyfilla.com can confirm.

Kyfilla.com can confirm that, the tournament which was initially slated for 13-22nd September has been rescheduled to 20-29th September, 2019.

According to a statement from the Local Organizing Committee, the postponement has been made possible to solidarize with Asante Kotoko and Ashgold Sporting Club as they participate in the CAF Champions League and the CAF Confederation Cup respectively.

Below is the release from the LOC of the tournament 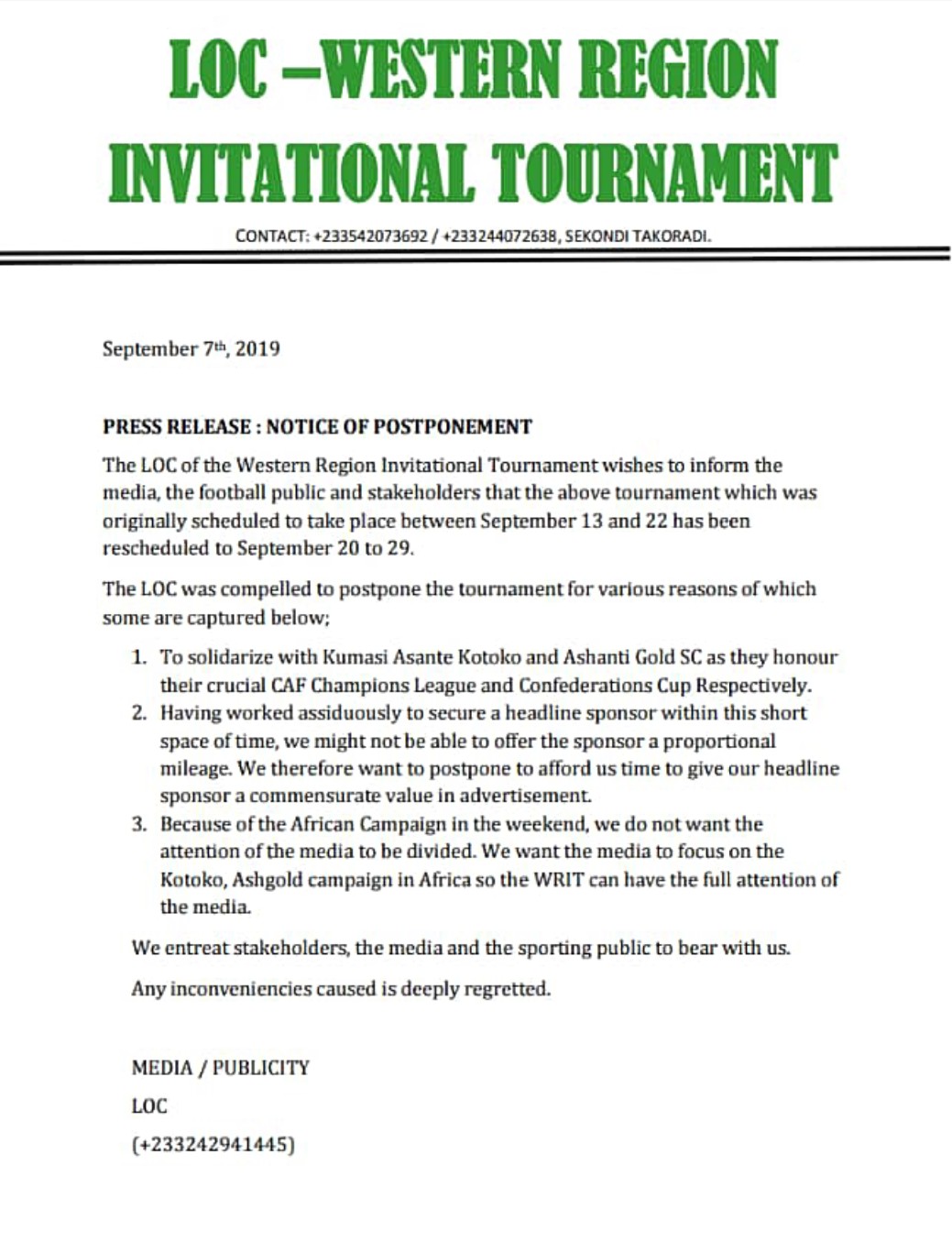