Telecommunication powerhouse, MTN have held a forum for media practitioners in the Southern West Business District dubbed “Editors Forum”at the Best Western Plus Atlantic Hotel in Takoradi on Monday, September 13, 2021.

The annual event, organized by the leasing network providers as part of its 25th anniversary, of its is to solicit for feedbacks from the media practitioners in the region who on a day-to-day basis interact with the public and channel the feedbacks gathered while using the network. 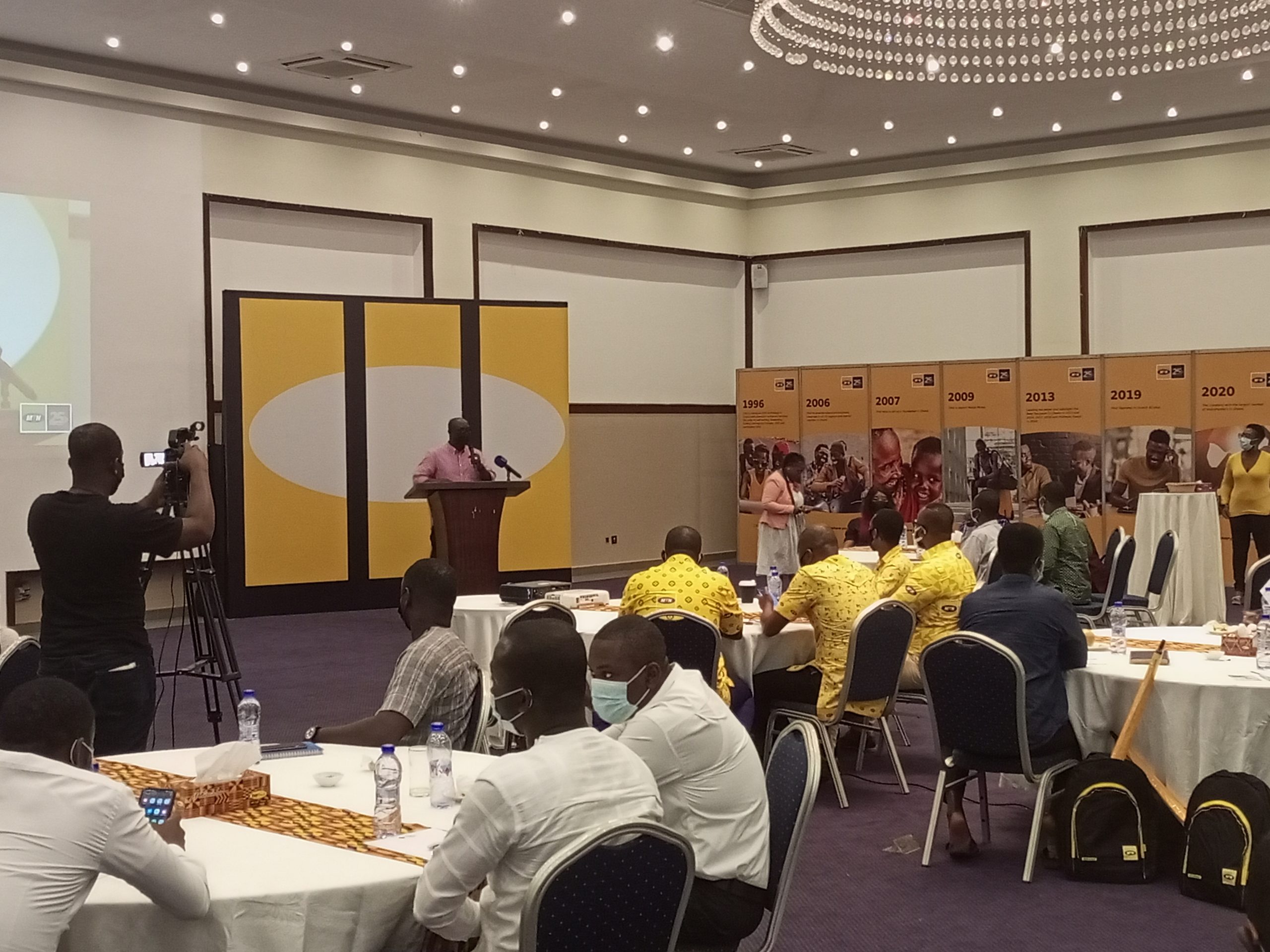 MTN will then consolidate these views and observations from the astute media practitioners and inturn suggest ways to curb some of these problems.

And the event which was attended by renowned journalists from both private and state-owned media houses, was used to brief the media on the company’s performance over the past years.

Speaking at the event, the Corporate Service Executive for MTN Ghana, Sam Koranteng revealed that his outfit are keen on accelerating the growth of small and medium enterprises in the country. He said this forms part of the company’s projection for next year by providing these business affordable connectivity. 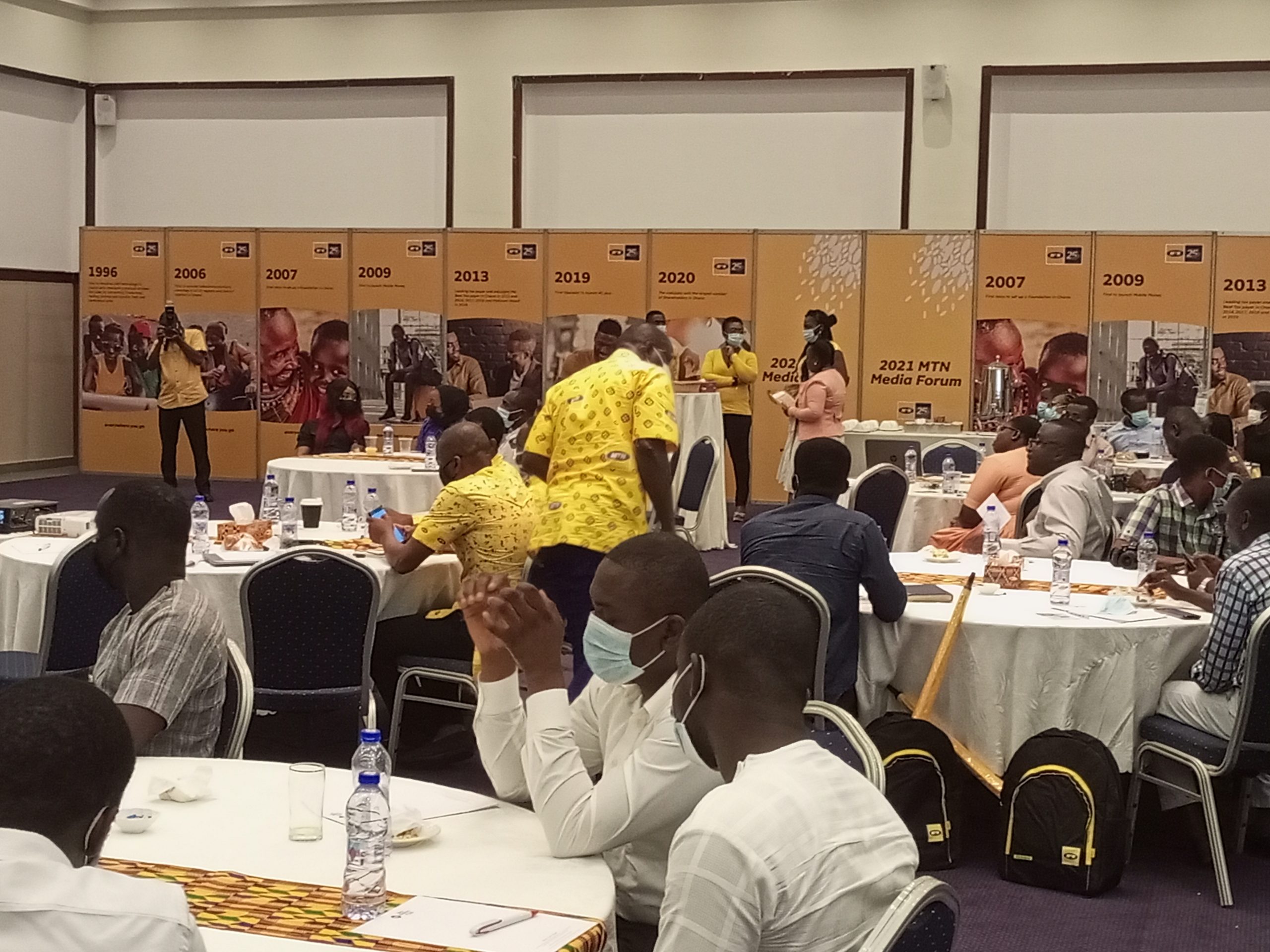 He explained that this to is create awareness on how small businesses can use power of technology to enhance the management of their business and to grow their business’ competitiveness in the context of a regional and global marketplace.

Highlighting the company’s achievements for the past twenty-five years in the country, Mr. Koranteng stated that, MTN as part of its contribution to national development has provided over 500,000 jobs through its ecosystem of partnerships and suppliers. 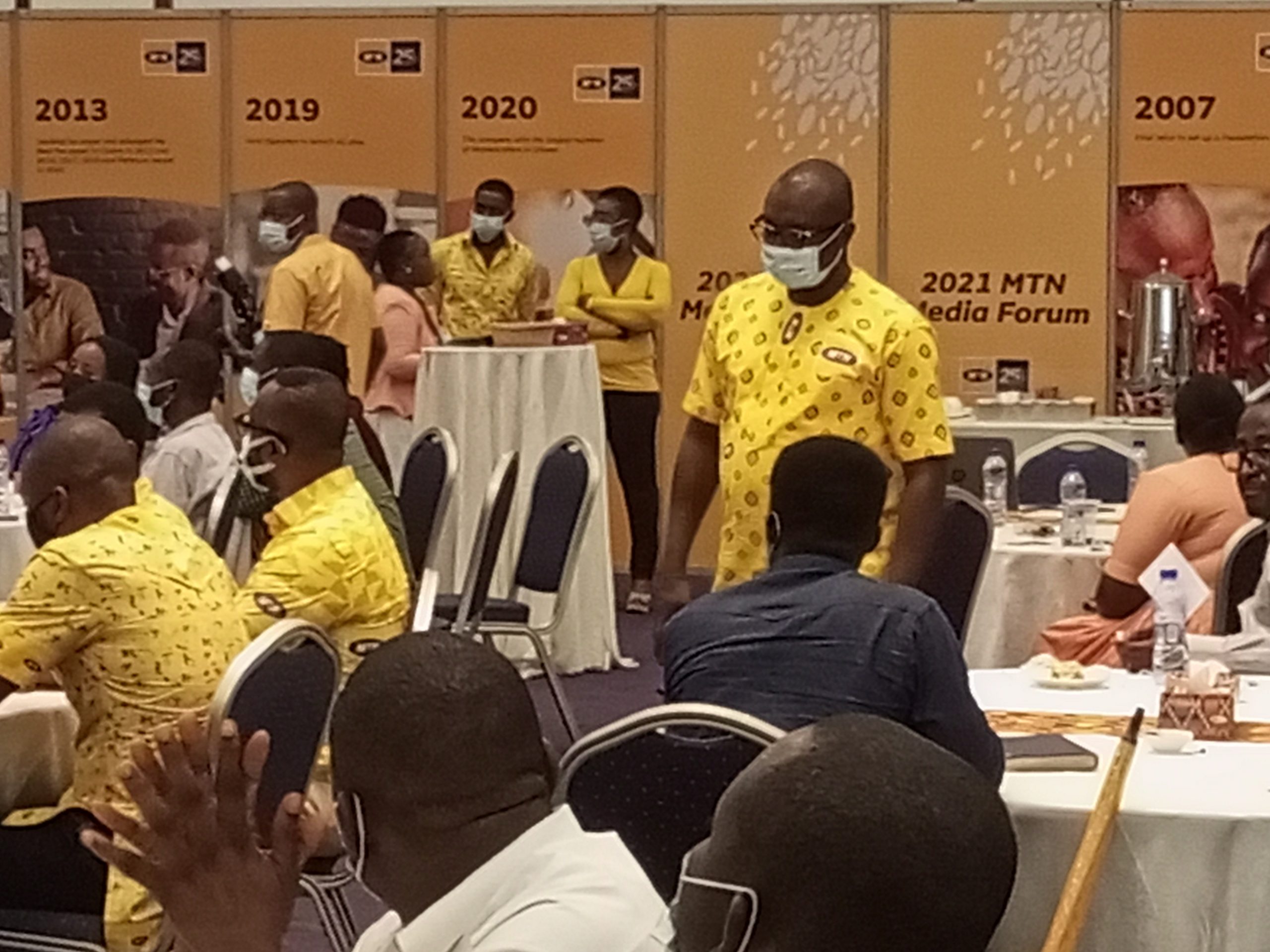 He added that, “our contribution to fiscal development of the country in 2020 alone was overwhelming. We paid Gh¢2.6billion as taxes to the Ghanaian government. Gh¢101million as national fiscal stabilisation levy and Gh¢389million as communication service tax.

” We are supporting the payment ecosystem with GhQR which is the QR code. Implementation will be on phases starting with USSD payment which is due in August. GhQR Scan will be the next phase of the roll out on the MTN momo platform.” 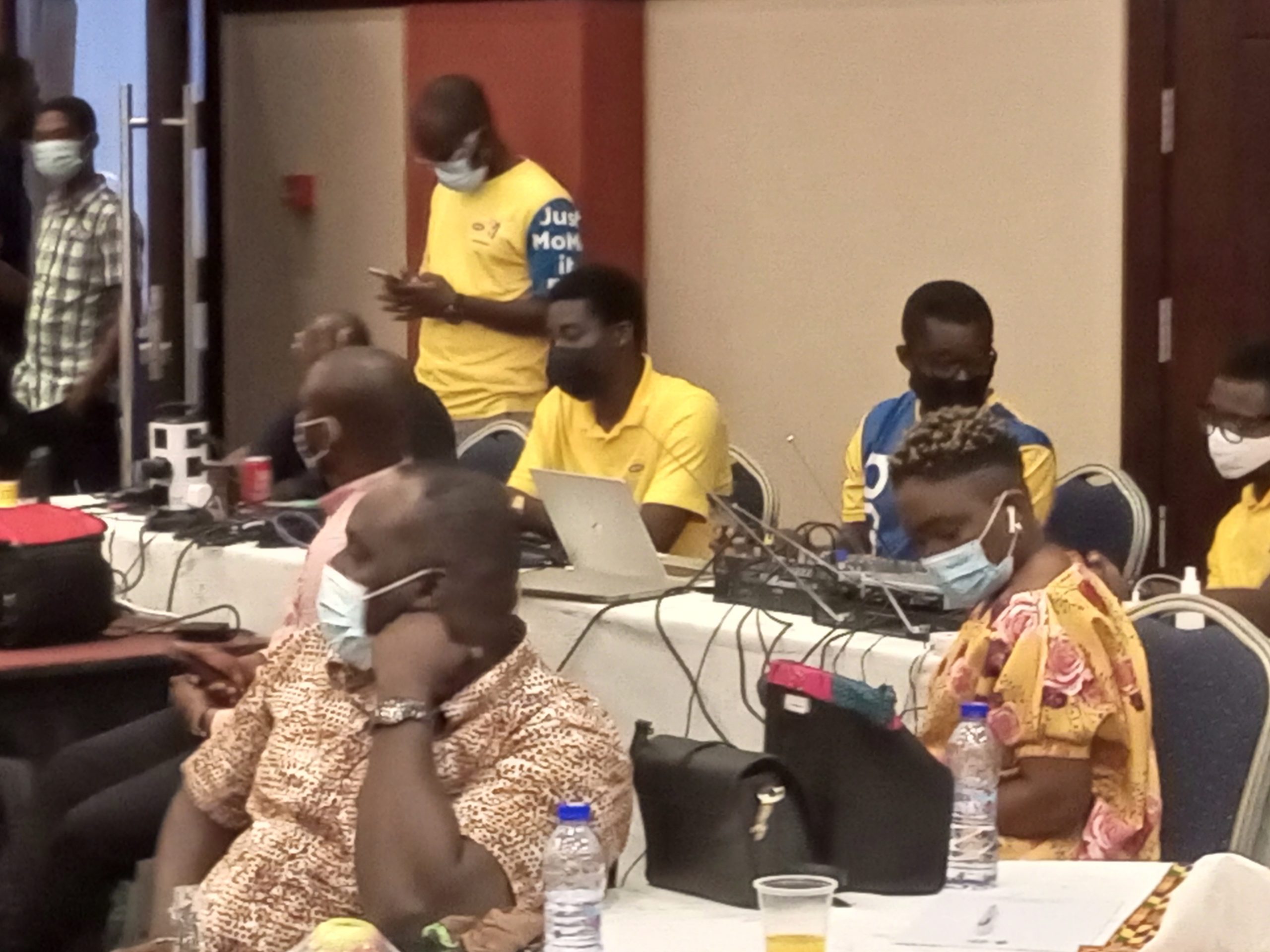 On mobile money fraud, Sam Koranteng urged customers to stay vigilant at all times and report fraudulent activities to help his outfit get rid of criminals in the system. He added that MTN is making significant strides in the right against mobile money fraud. 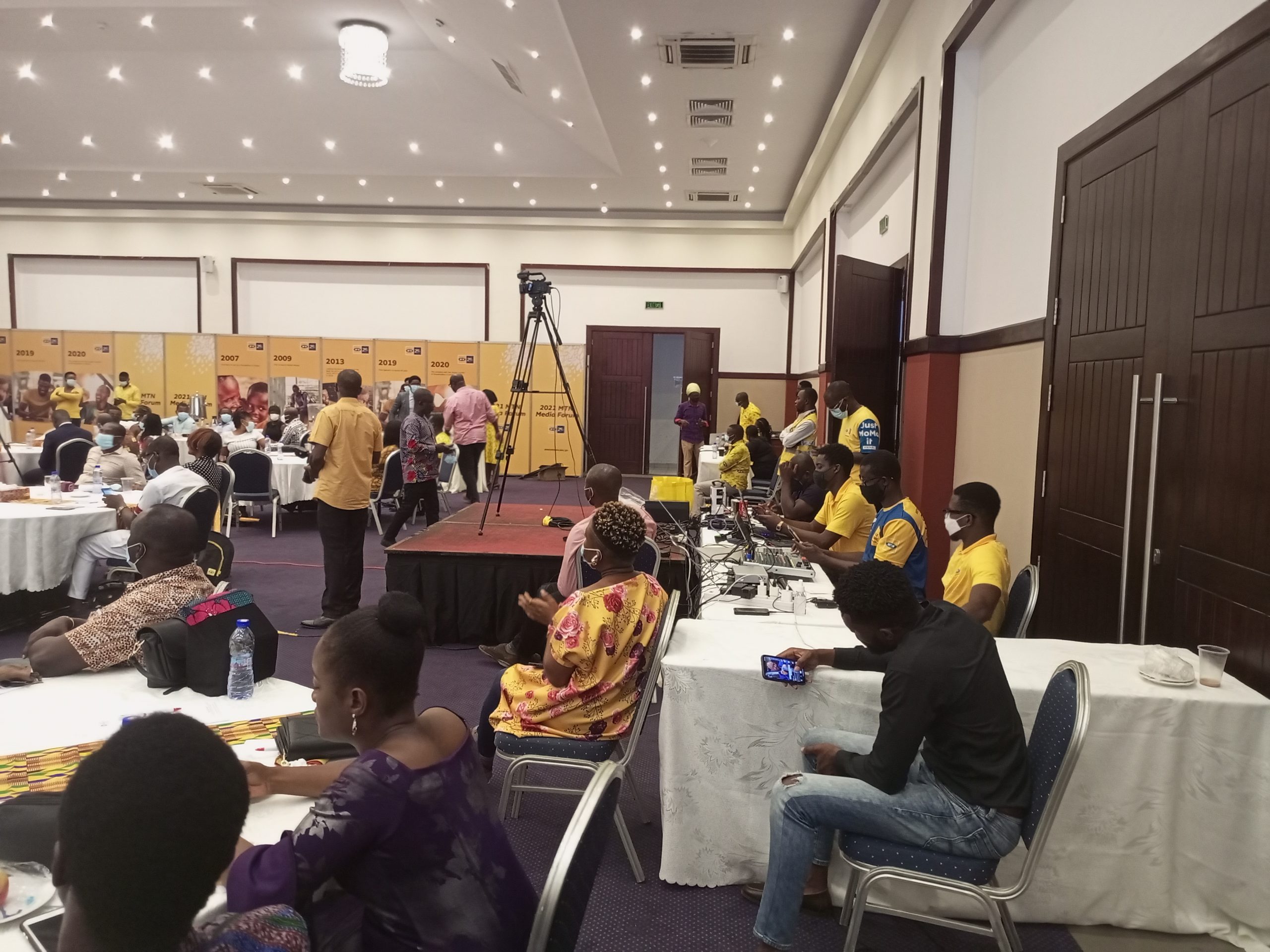 Mr. Koranteng reiterated that the continuous damage of the underground fibre cables has been identified as one of the major challenges hampering the smooth operation of his outfit.

He lamented that the company spends about over GH₵6,634.88 to repair every single fibre damaged.

He revealed that the Southern West Business District of the company has so far experienced over 822 fibre cable damages this year, and blamed the situation largely on contractors working on roads and other private estate developers, who tamper with the cables without prior knowledge of the company.

He said MTN currently operate about 95 per cent of its backbone traffic to transport backhauling services from cell sites to major switching centres onto underground fibre optic cables.

Speaking to Kyfilla.com after the event, some of the participants expressed their gratitude to MTN , stating that the forum has offered them opportunity in deepening their understanding of the company’s operations.