Renowned politician, Allotey Jacobs has threw his support towards the government project of building hospitals across the various districts in the country.

Though the project has received backlashes from the opposition, Mr. Allotey Jacobs believes it is a delicate ambition from the ruling government which needs to be supported.

According to the former Central Region NDC Chairman, the project will provide more jobs for the youth as well as improve the standard of healthcare in the country.

Speaking on Kumasi-based Wontumi Radio, Mr. Jacobs noted that the agenda 111 is an initiative that the youth of the country should defend since they will be the biggest beneficiaries.

“The youth should defend this, the agenda 111 is a good initiative and I believe it will provide the youth more jobs. I have given it my full support”, he said.

Earlier on the Information Minister Kojo Oppong Nkrumah has explained that the objective of the Project is to significantly deepen delivery of quality healthcare at the district level, boost access to healthcare services for all citizens towards ensuring the attainment of the United Nations’ Sustainable Development Goal Three.

He said local contractors were given a priority to create jobs for the local communities, adding that it would also create employment for health workers and ancillary staff.

The minister disclosed that each of the hospital is expected to be completed within 12 months, starting from the point of commencement. 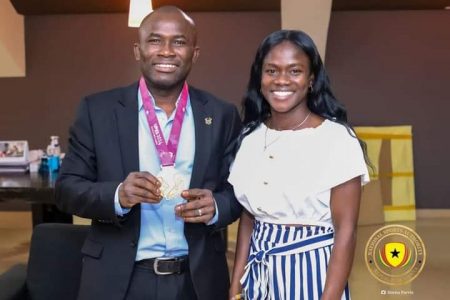