Bola Ray’ Excellence in Broadcasting Network (EIB) is gradually losing all of its top stars, with news anchor Keminni Amanor as the lastest to announce her departure.

Already the Accra-based media firm have lost some of its great stars which include; Giovanni Caleb, Berla Mundi, Kojo Okyere Darko.

The latest to depart from the media firm is GhOne TV’s news anchor and producer Keminni Amanor.

The popular on-air personality announced his departure on Friday, August 30, 2019 after four years of active services.

She confirmed her departure from the EIB family on her Instagram page.

Read below her statement 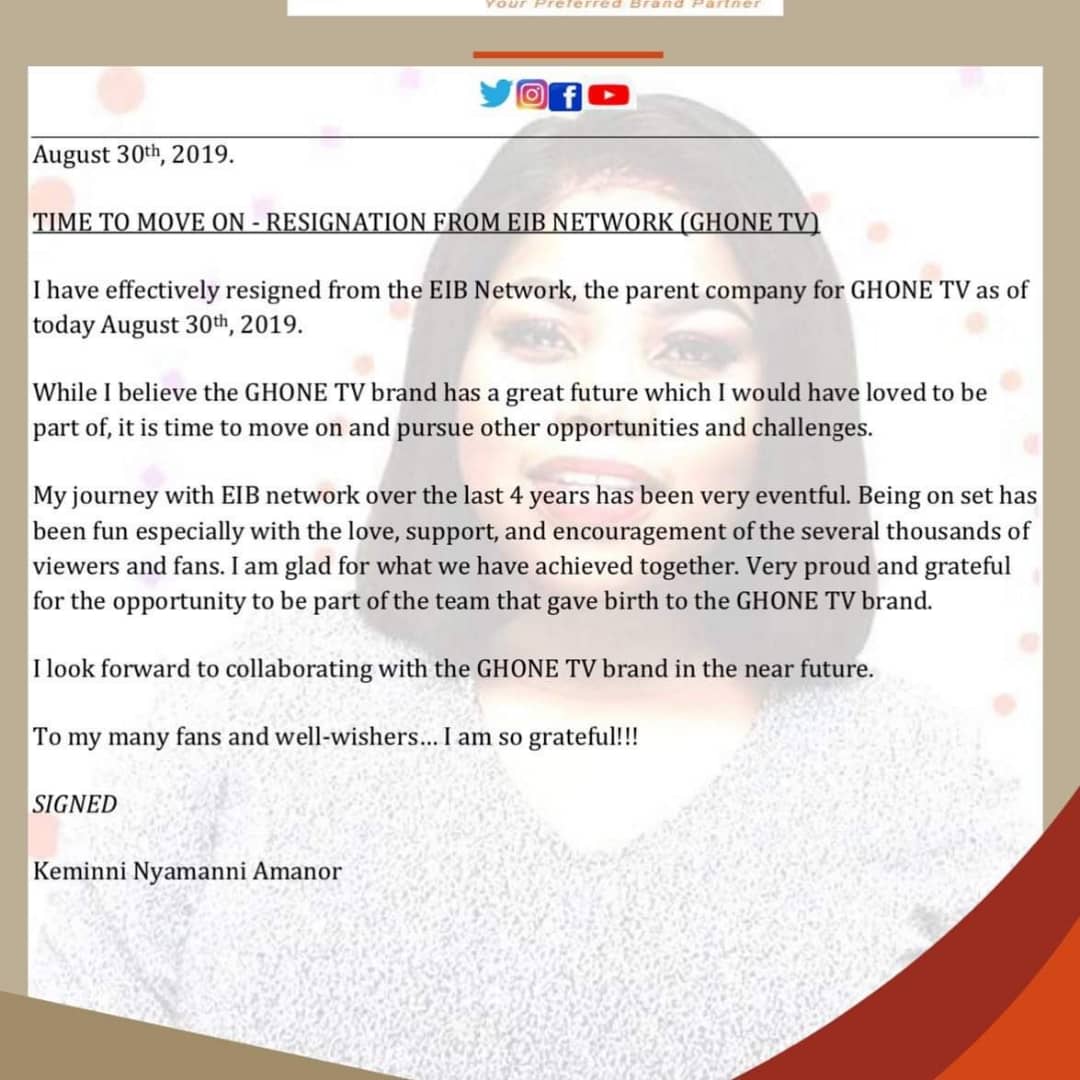