The former Deputy General Secretary of the NDX and CEO of the Atta Mills Institute has been sacked from the party on grounds of indiscipline.

This was contained in a statement signed by the party’s General Secretary, Johnson Asiedu Nketia dated July 27, 2021.

The statement explained that the Functional Executive Committee (FEC) of the party considered the report of the National Disciplinary Committee on the “complaint of misconduct” brought against Mr. Anyidoho pursuant to article 48(1)(9)(a)of the NDC constitution.

“The FEC, acting in compliance of article 48(1) of the NDC constitution Unanimously adopted the report and accepts full responsibility for your expulsion from the party.”

“You, are, therefore by the decision of FEC expelled from the National Democratic congress and for that matter, you are no more recognized as a member of the party and cannot carry yourself as such,” the statement added. 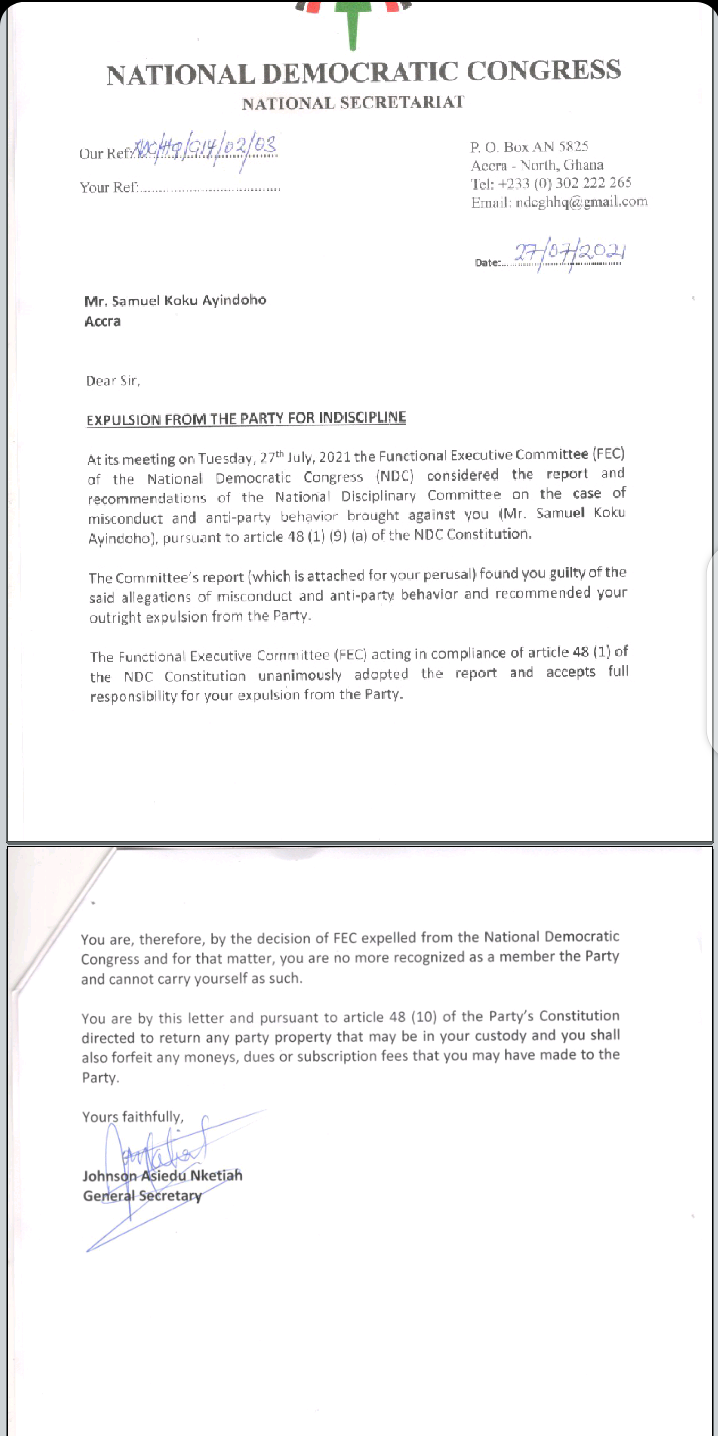