Popularly referred to as “The Champ” , the astute broadcaster has joined the Skyy Media Group as the new drive time host.

Godfrey Ainoo has joined Skyy Power FM as the replacement for Nana Adjoa Arthur who left the station for Media General’s Connect FM. 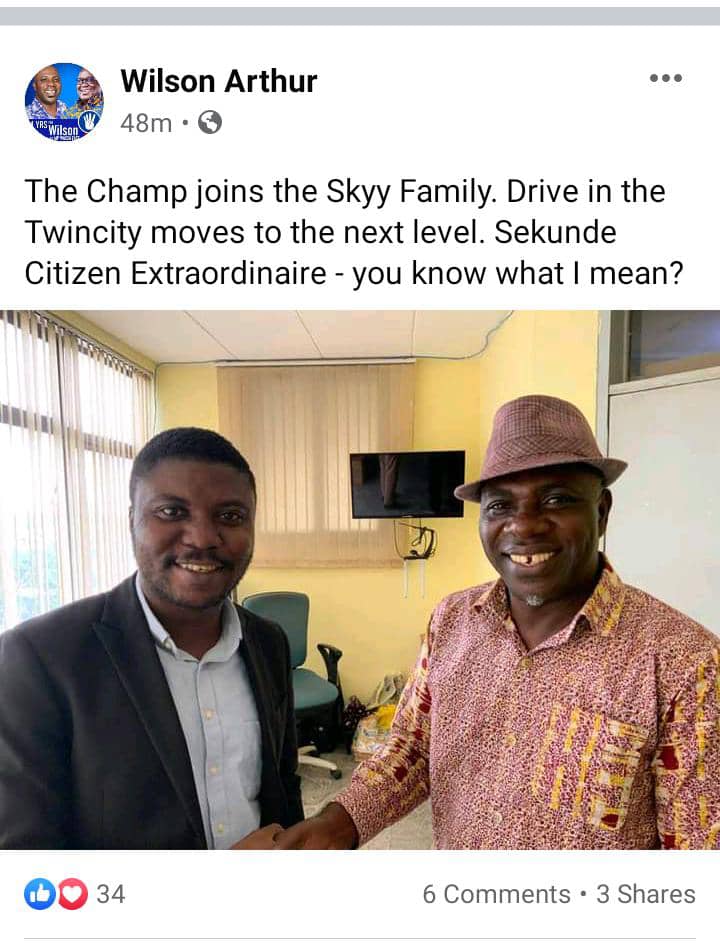 “The Champ joins the Skyy Family. Drive in the Twincity moves to the next level. Sekunde Citizen Extraordinaire – you know what I mean?”, he revealed.

Godfrey Ainoo has joined Skyy Power FM after leaving Accra-based Starr FM months ago where he was the host of the station’s drive time show.

Before joining Starr FM in May, 2020, Godfrey Ainoo was with Takoradi based Radio Maxx as the drive time host.

He has also worked at ATL FM in Cape in the Central Region..