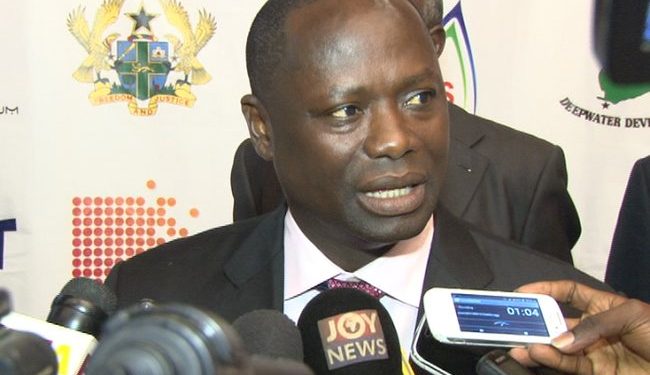 Former Energy Minister, Emmanuel Armah-Kofi Buah has expressed his shock and disappointment over the government termination of the power purchasing agreement between Ghana and GPGC leading to a judgement debt of $170million

This comes after the Commercial Court in London, has refused to allow Ghana to bring a belated challenge to an UNCITRAL award worth over US$134 million in favor of a power contractor, ruling that national elections and COVID-19 pandemic, did not make the state’s delay reasonable.

In a ruling on Wednesday, June 8, Mr Justice Butcher, refused to grant the government a time extension to apply to set aside the award – adding that the state’s grounds for challenging it were “intrinsically weak”.

It would be recalled that the International Court of Arbitration in January 2021 awarded a cost of $134 million and an interest of $30 million against the Government of Ghana over the cancellation of an Emergency Power Agreement with GCGP limited.

This was after GPGC had entered into negotiations with the Government of Ghana for the provision of a fast-track power generation solution in February, 2015.

The objective of the agreement was to see the relocation of the GPGC Equipment from Italy to Ghana, to alleviate the effects of Ghana’s then-ongoing power shortage crisis.

In June 2015, Government and GPGC signed the power agreement and in July 2015, Parliament ratified the agreement. Following a change in government in January 2017, the Volta River Authority informed GPGC that it had decided not to proceed with the leasing of land as Kpone to the company.

In March 2017, GPGC notified the Ministry of Energy that following VRA’s decision not to make the Kpone Site available, GPGC had:

In April 2017, a committee set up by the Ministry of Energy at the direction of the Office of the President issued a final draft report. The committee set forth for consideration the option of termination of the agreement at an estimated cost of US$ 18 million rather than the payment of an excess capacity charge of US$ 24.9 million per annum over the contract period of 4 years.

In its Summary of Proposed Modification to PPAs of Committed Projects, the Committee noted that the GPGC Project was an:

“Emergency Plant with a 5-year PPA used plant (not new) and high tariff. Major equipment has arrived at the Tema port awaiting tax exemption to clear.”

The report noted that based on the 2018-2020 demand-supply capacity balance and the tariff rank of this project, the full capacity of this project will be excess and result in an estimated total cost of USD 115.48 Million within the duration of the PPA. It, therefore, recommended that the actual development cost of the project to date should be verified and used as a guide in negotiations for termination.

In April 2017, news emerged that the new administration was taking steps to review and terminate existing Power Purchasing Agreements entered into by the previous government that were no longer considered necessary to meet Ghana’s ongoing power needs.

In August 2017, Attorney General Gloria Akuffo issued an opinion on the agreement in response to a cabinet directive. She noted

“… It has become necessary to review the implementation of the PPAs, because should all of them be implemented as originally scheduled, it would result in the production of excess energy with its attendant cost which would worsen the financial situation of the power sector. A review would therefore help to cut back on losses that would be incurred.”

The Attorney-General noted, too, that the GPGC Project would result in costs of US$ 115,480,000, if implemented, with its attendant high tariff. On the basis of her understanding of the position, the Attorney-General considered that GPGC’s failure to obtain a licence from the Energy Commission left it with no capacity to enter into a PPA.

Further, although GPGC was required to acquire siting and construction permits before embarking upon the construction and installation of a power plant, it had “commenced construction on site”.

“… are accordingly illegal.” She suggested that a further breach of Energy Commission policy arose by reason of the fact that the plants were not new”

The Attorney-General therefore advised that Government had the right to terminate the agreement on the following grounds:

“(a) illegality for want of capacity of [GPGC] to enter into a PPA.

(b) Failure to obtain Siting and Construction Permits.

(d) Failure on the part of [GPGC] to fulfil its CPs and conditions subsequent.”

The Attorney-General stated that if Government is to terminate the agreement on the last of the four grounds, it would be entitled to Early Termination Payment under the agreement.

In February 2018, the Minister of Energy informed GPGC that by reason of:

a. the absence of any mutual extension by the Parties of the period within which the Conditions Precedent of the EPA were to be fulfilled;
b. GPGC’s failure to reach financial close or to achieve Full Commercial Operation Date “primarily because some of the … (Conditions Subsequent) … ha[d] not been fulfilled … thirty … days after the Effective Date”;

c. its failure to obtain a licence from the Energy Commission to engage in business or commercial activity for the sale of electricity such that it had no capacity to enter into the EPA, with the result that the EPA was “null and void for want of capacity”

In February 2018, GPGC protested and rejected Government’s purported termination of the agreement. It proposed that by no later than 12 March 2018, Government should issue a written,
“clear and unequivocal retraction of the termination letter … and [acknowledge] that the EPA remains fully operative.”.

Between March and April 2018, exchanges between GPGC and Government ended with an indication from the Deputy Minister of Power, William Owurako Aidoo that the President of Ghana had given verbal approval to the reinstatement of the agreement and that the Minister was “actively working” with the Attorney-General to resolve the issue.

GPGC then resumed work at its site. In July 2018 however, GPGC was informed by the Deputy Minister for Power that the agreement was not to be reinstated and that GPGC must negotiate a new agreement. By August 2018, the GPGC accepted Government’s repudiation of the agreement.

GPGC then decided to drag Government to the Arbitral Tribunal in London as provided for in the agreement.

GPGC contended that the purported termination and wrongful repudiation of the agreement has caused it substantial loss. It maintained that Government failed to fulfil its corresponding obligations under the agreement including its obligations to cooperate with GPGC to enable it to fulfil some of its Conditions Subsequent.

It indicated that Government was obliged to provide to GPGC an adequate site with “Unimpeded Access” for GPGC’s equipment. This according to the GPGC was not done.

It added that Government was required to obtain parliamentary approval for an exemption to GPGC from all taxes imposed by any governmental authority in Ghana during the pre-construction, construction and operation of the plants, as well for a period of four years after the Effective Date.

The company said despite its repeated requests, government failed to obtain this parliamentary approval, thereby forcing GPGC to pay certain taxes that necessarily had a negative impact on its cash flows.

Government insisted that the agreement never came into effect. This was because conditions precedent necessary for the agreement to become effective had not been satisfied.

“The Parties did not meet the threshold of the “Effective Date” of the EPA and to that extent the Parties mutually breached the EPA. The fact that the Parties continued to operate the EPA does not invalidate the claim that the EPA never became effective because of the identified breaches which strike fundamentally at the core of the EPA.

Government insisted that the fact that parliamentary approval of the agreement was obtained beyond the Effective Date (i.e. 54 days after the signature date) did not by any means, make the EPA effective;

Government said its efforts to provide the Kpone Site upon the discovery of the unsuitability of the Aboadze Site were still outside the contractual period, making the agreement ineffective within the meaning of what constitutes the Effective Date.

It further stated that the GPGC’s decision to acquire a new site was not justified.

Government added that all actions taken by the GPGC

“were its own breaches of the EPA, breaches which the Claimant was aware of but deliberately decided it was in its best interest to undertake.”

The Arbitrator found that Government had simply taken a decision to terminate the agreement and the issue was to identify a legal basis to achieve this. It described as false some statements made by the AG in her advice

“Although CPs have not been performed, there is also no evidence that the Effective Date has been extended by mutual agreement by the Parties.”

The Arbitrator noted that the statement is wrong

“That statement is wrong to the extent that there is no provision in Clause 3 of the EPA for the extension of Conditions Precedent by mutual agreement; pursuant to Clause 3(c), it is the prerogative of the Party not responsible for the fulfilment of a Condition Precedent to grant an extension”

“Without any further reasoning, the Attorney-General concluded that GoG (Government of Ghana) had the right lawfully to terminate the EPA on the grounds of

a. Illegality for want of capacity of GPGC to enter into a PPA;

b. Failure to obtain siting and construction permits;

c. Installation of used plant contrary to policy; and

d. Failure on the part of the Seller to fulfil its CPs and conditions subsequent and that if GoG were to terminate the EPA on the final of those four grounds, it would be entitled to the Early Termination Fee”

These reasons were found by the Arbitrator as not reflecting the true facts. It therefore awarded GPGC a total of US$ 134,348,661 in respect of its Early Termination Payment claim.

Following the refusal of the Commercial Court in London to allow Ghana to bring a belated challenge to an UNCITRAL award worth over US$170 million in favor of the power contractor, Emmanuel Armah-Kofi Buah who served as the Minister for Energy and Petroleum from January 2013 before being succeeded by Boakye Agyarko in 2017 after change in government – has expressed his disappointment in the current government for marring the hard works by the previous administration to ensure a stable electricity supply in the country.

The member of Parliament for Ellembele wrote that, ” as a former Deputy Energy Minister and former Energy and Petroleum Minister, I am completely heartbroken that all our hard work and singular focus to address our power challenges and ensure a stable electricity supply is being marred by a decision for a US$170 million judgement debt, which was imposed by a London commercial tribunal on behalf of Ghana Power Generation Company (GPGC) for wrongful termination of the contract”

” How did this come about? The GPGC emergency power agreement was signed in July 2015, it had cabinet and parliamentary approval. The termination of the agreement leading to the tribunal award took place in 2018 under the current government. This was after Ghana’s failure to properly defend the case in court”

” I have heard the Attorney General’s hasty threats of investigation and prosecution. It is important to fairly study the events leading to the termination and how as a country we defended this case in court. This will allow us as a country to lay the responsibility where it belongs and learn clear lessons from this.” 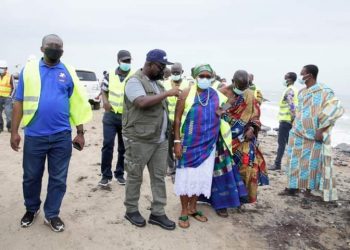 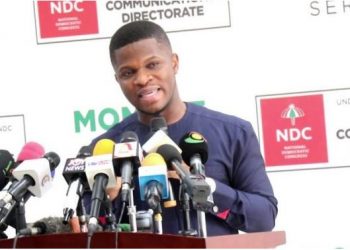 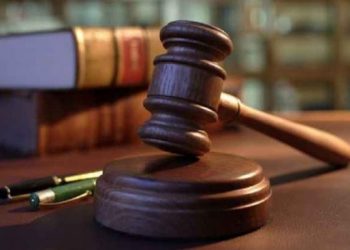 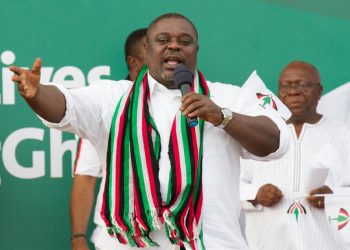 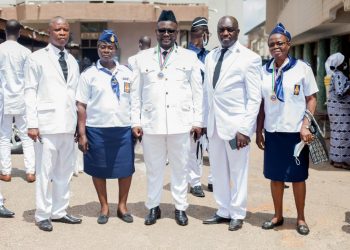